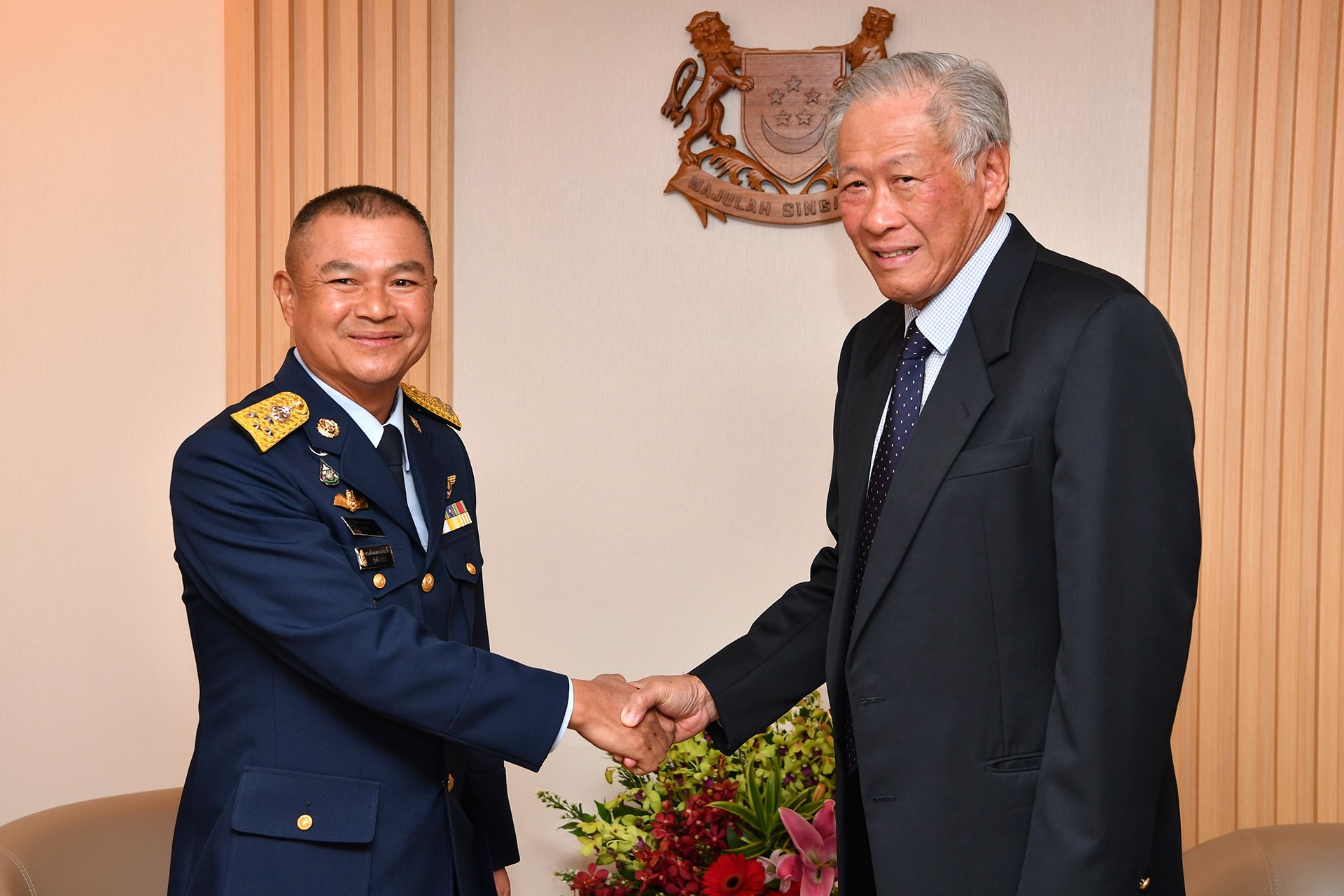 Commander-in-Chief of the Royal Thai Air Force (RTAF) Air Chief Marshal (ACM) Maanat Wongwat called on Minister for Defence Dr Ng Eng Hen at the Ministry of Defence (MINDEF) this morning. ACM Maanat, who is on his introductory visit to Singapore from 19 to 20 December 2019, also called on Chief of Air Force Major-General Kelvin Khong, after reviewing a Guard of Honour at MINDEF.

ACM Maanat's visit underscores the close and long-standing bilateral defence relations between Singapore and Thailand. The RSAF and the RTAF interact regularly through high-level visits, professional exchanges, courses, and exercises. Such interactions have enhanced the professionalism and mutual understanding between the personnel of both air forces.