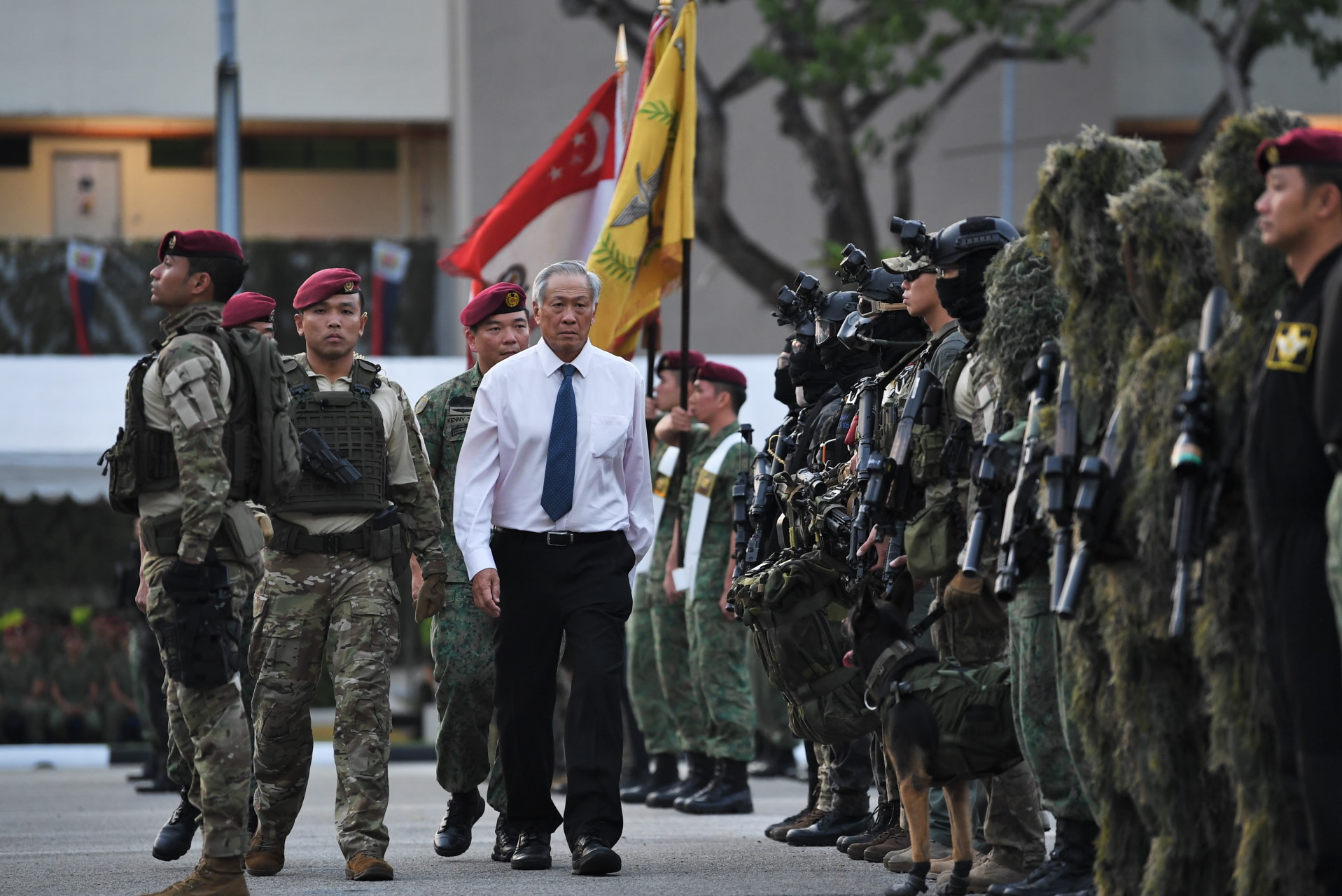 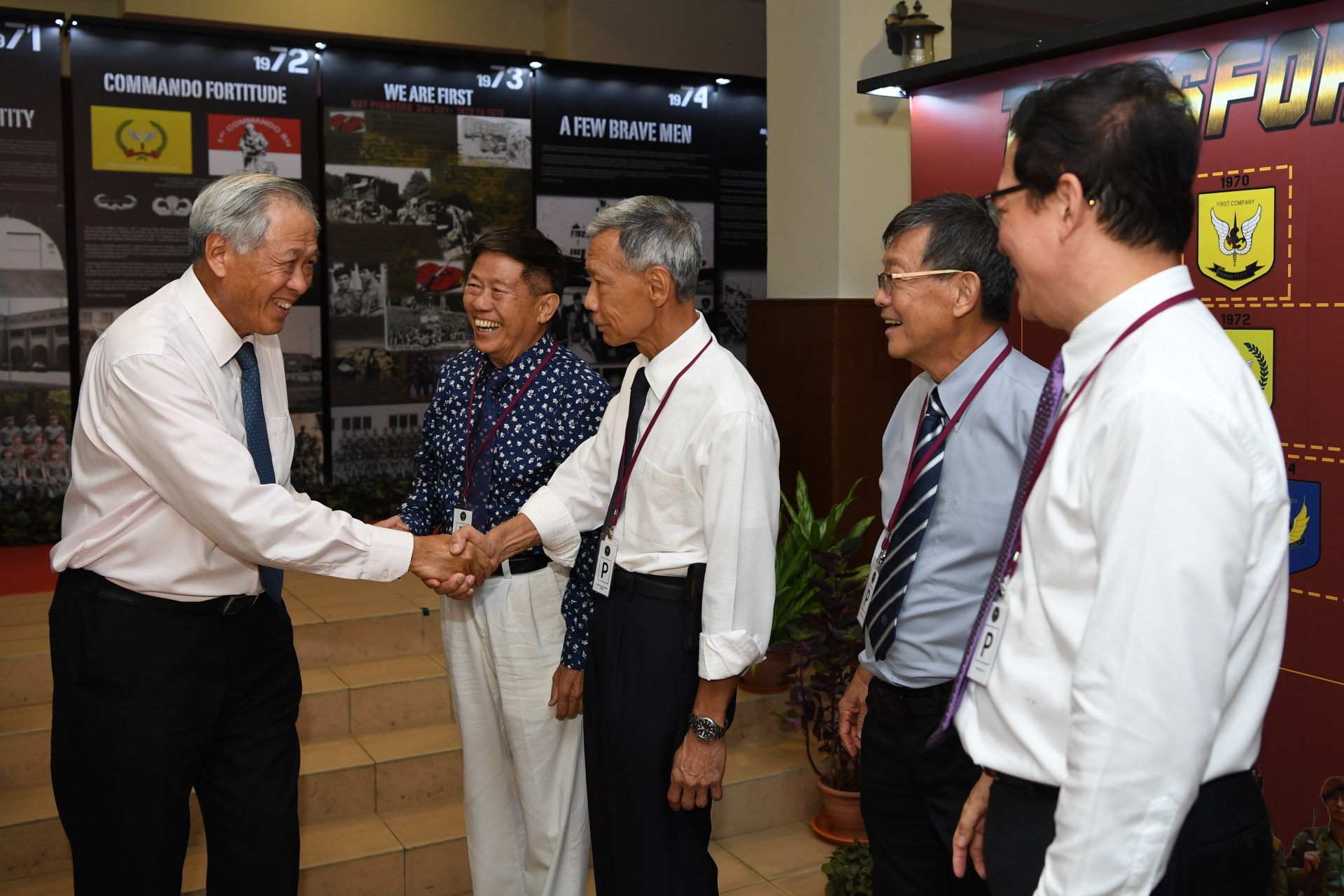 Dr Ng interacting with Commando pioneers before the parade. Dr Ng (middle) receiving a brief in the SOCC.

Speaking at the parade, Dr Ng commended the fighting spirit and achievements of the Commandos, recounting key operations undertaken during the Commandos' formative years. "These three operations (Laju hijack, Operation Thunderstorm and Operation Thunderbolt) exemplify the modus operandi of our red berets, who are often put in extreme harm's way, but whose professionalism, skill and capabilities result in mission success even under the most trying circumstances."

Dr Ng thanked servicemen for their contributions, adding that "the Commando Formation, as the tip of the SAF's spear, must be kept sharp all the time. It calls for a special breed of men and women, who are physically and mentally agile, able to respond at quick notice, and act decisively and deliberately under great pressure.

He also emphasised the continued need for a special force like the Commandos given the clear and present danger of terrorism in the region. "To respond to this growing threat, our Commandos too must evolve their strategies, capabilities and tactic. The inauguration of the Special Operations Task Force's Special Operations Command Centre (SOCC) represents an important step in the Commandos' response to present day security threats," said Dr Ng.

Dr Ng commissioned the SOCC prior to the parade earlier today. The SOCC enhances the SAF's capability to centrally plan, monitor and manage multiple Counter-Terrorism (CT) and contingency operations. It is networked to the rest of the SAF and across various government agencies, tightening linkages for more coordinated responses to incidents.

Also present at the 50th anniversary parade were Chief of Army Major-General Goh Si Hou, senior officials from the Ministry of Defence and the SAF, defence partners, Commando Pioneers as well as the early batches of Commando National Servicemen from the Merdeka Generation.