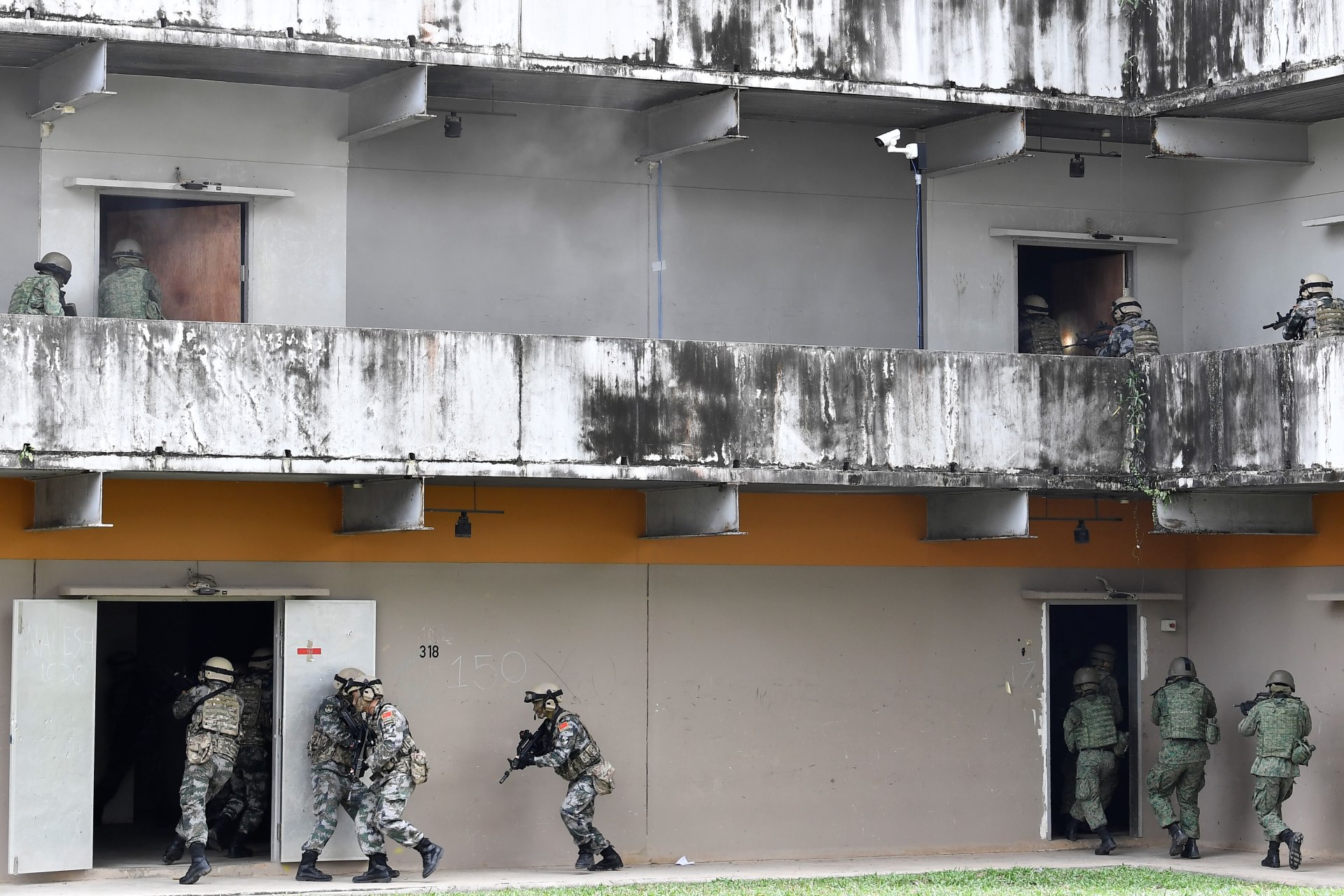 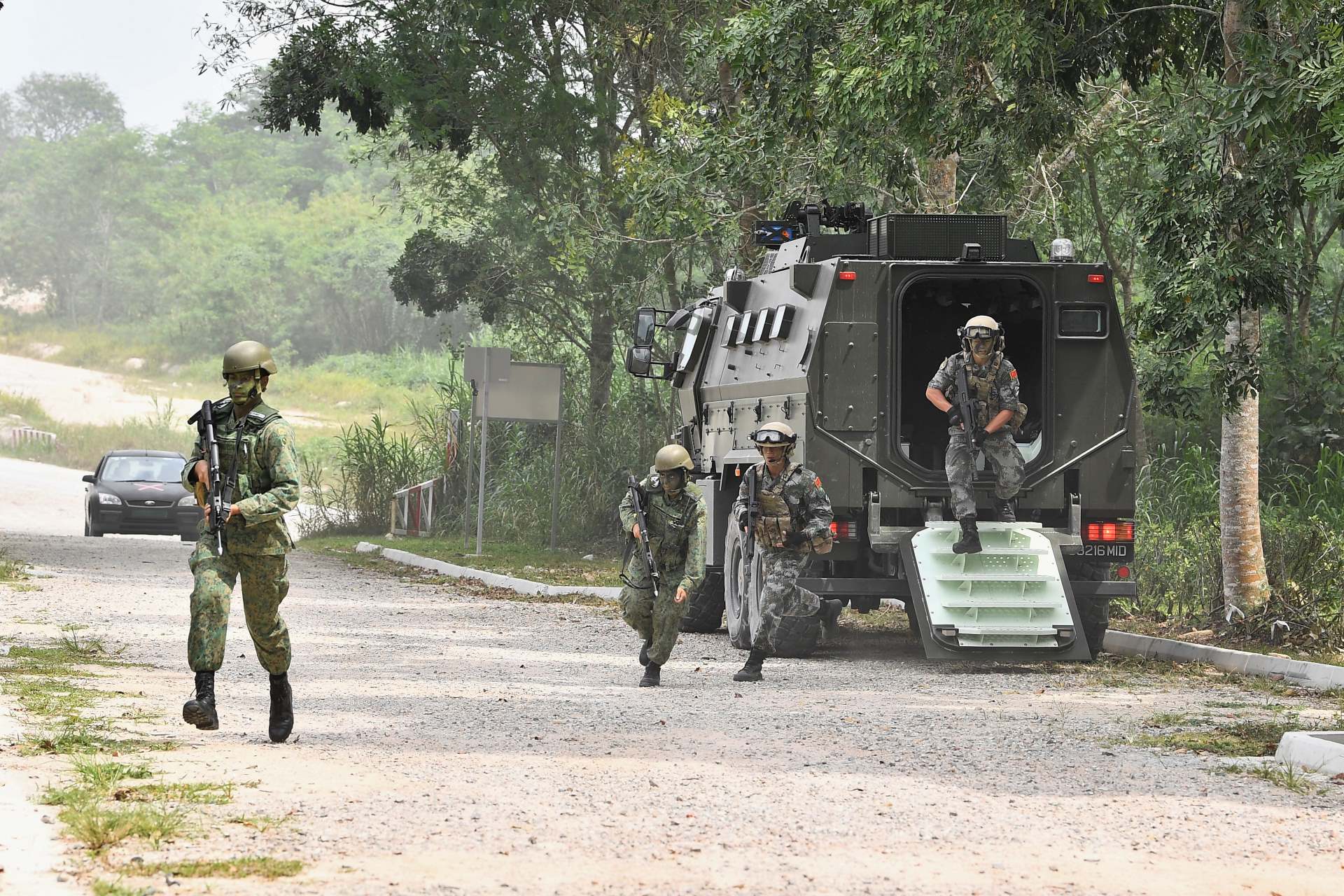 SAF and PLA troops exiting the SAF Peacekeeper Protected Response Vehicle to provide cordon and security support during the exercise. 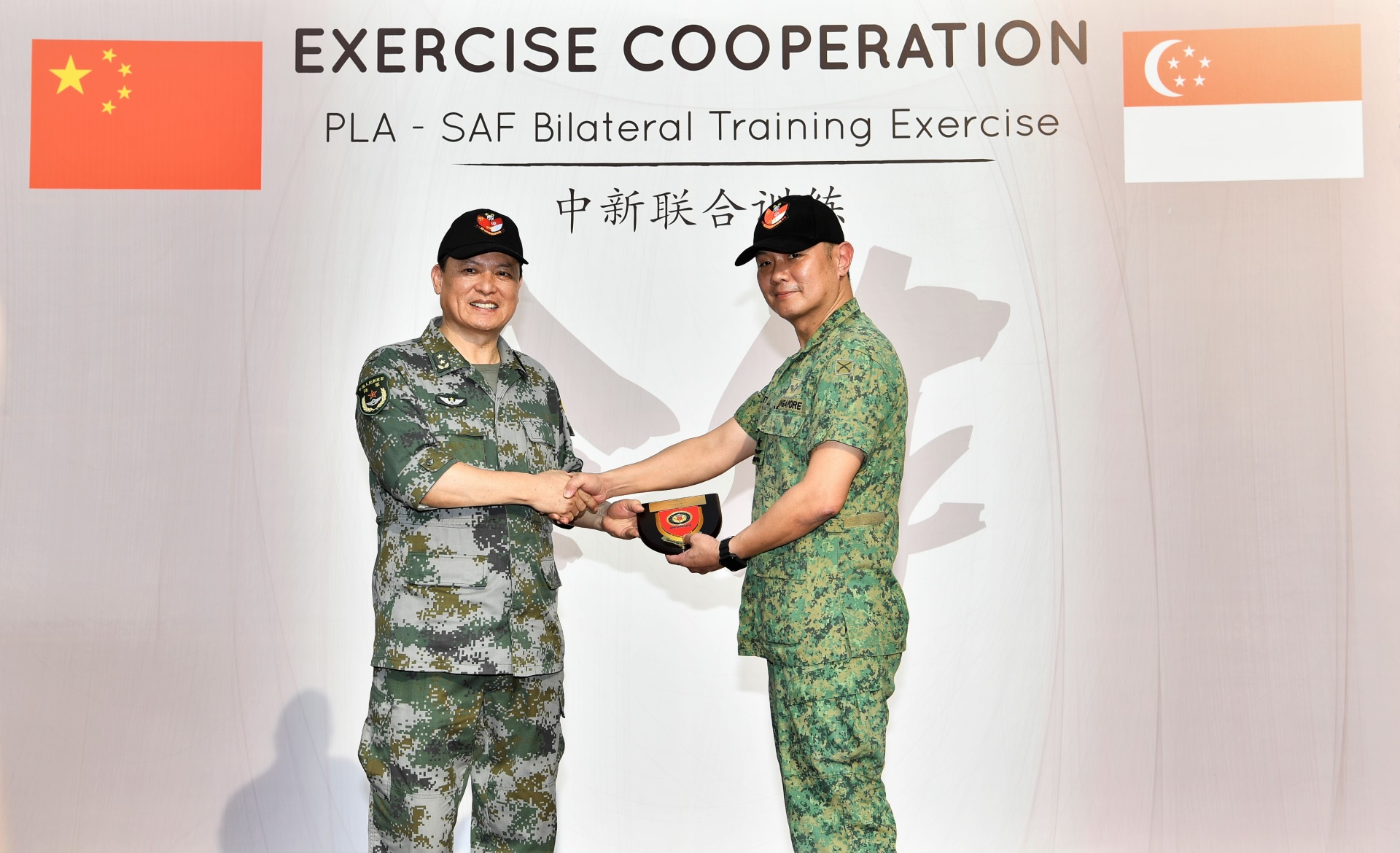 During the course of the exercise, the SAF and PLA troops trained together in various competencies, such as rappelling, weapon handling, basic demolition and close quarter battle techniques. The final mission exercise – a counter-terrorist exercise culminating in an urban raid – was successfully conducted this afternoon. The SAF and PLA troops executed a simultaneous assault within the Murai Urban Training Facility to neutralise an enemy threat. The SAF Peacekeeper Protected Response Vehicles also provided cordon and security support during the exercise.

Speaking at the closing ceremony, BG Liow said that Exercise Cooperation has grown from strength to strength, and served as a meaningful platform for professional exchanges. "Exercise Cooperation 2019 marks a decade since the inaugural exercise in 2009, held in Guilin, China. The exercise has progressed by leaps and bounds from then, keeping pace with the positive momentum of the defence relationship between Singapore and China… The increased scale of the exercise can be seen from both sides sending more troops and the lengthening of the duration of the exercise to increase the training value for our soldiers," he said.

On the defence relations between Singapore and China, LG Zhang Jian also said, "We hope to continue to expand the scope and enhance the levels of our training with our SAF counterparts. By working together, we hope to progress and maintain safety in the region, so as to deepen our friendship and promote regional peace and prosperity."

Launched in 2009, Exercise Cooperation is in its fourth edition this year. The exercise underscores the warm and friendly bilateral defence relations between Singapore and China, and enhances mutual trust and understanding between the SAF and PLA. Besides bilateral exercises, the two armed forces also interact regularly through high-level exchanges, mutual visits, cross-attendance of courses and port calls.