GEN Zulkifli reviewing the Guard of Honour at the Ministry of Defence. GEN Zulkifli (right) boarding the Formidable-class frigate RSS Steadfast during his visit to Changi Naval Base. 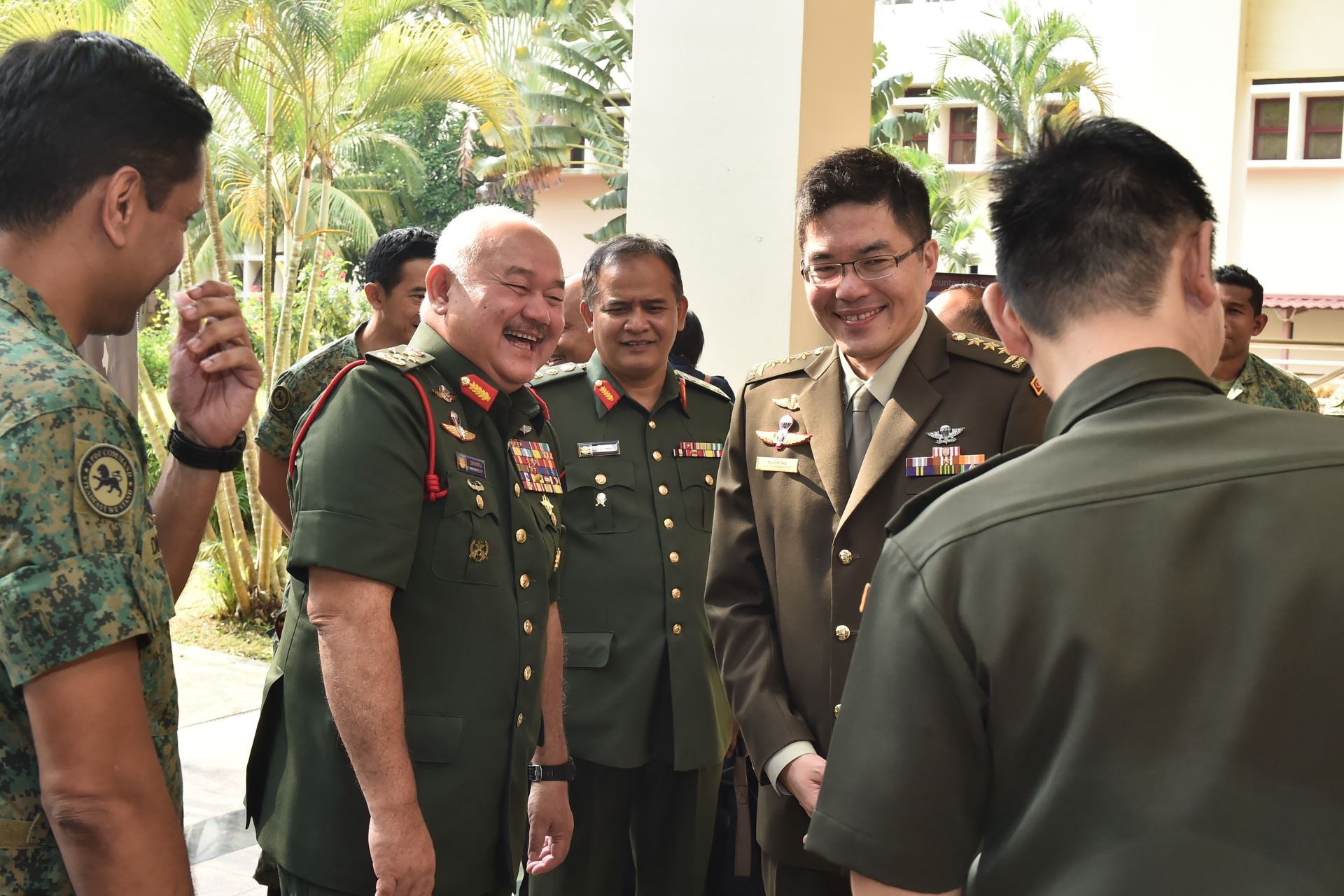 GEN Zulkifli, accompanied by Chief of Defence Force Lieutenant-General Melvyn Ong, during his visit to the Island Defence Training Institute at Clementi Camp.

The Chief of the Malaysian Armed Forces (MAF) General (GEN) Tan Sri Zulkifli Zainal Abidin called on Minister for Defence Dr Ng Eng Hen at the Ministry of Defence (MINDEF) this morning. During their meeting, Dr Ng and GEN Zulkifli affirmed the positive trajectory of the bilateral defence relationship, and discussed how the two defence establishments could strengthen cooperation to deal with common security challenges in the region. Prior to the meeting with Dr Ng, GEN Zulkifli also called on Chief of Defence Force Lieutenant-General Melvyn Ong and reviewed a Guard of Honour at MINDEF.

GEN Zulkifli is on his introductory visit to Singapore from 2 to 3 October 2018. As part of his programme, he visited Changi Naval Base yesterday, where he observed the Exercise Bersama Lima opening ceremony, and visited the Changi Command and Control Centre and the Formidable-class Frigate RSS Steadfast. He visited the Island Defence Task Force at Clementi Camp earlier this morning, and will be visiting ST Engineering later this afternoon.

GEN Zulkifli's visit underscores the warm and long-standing defence relations between Singapore and Malaysia. The Singapore Armed Forces and the MAF interact regularly across a wide range of activities which include bilateral exercises, visits and exchanges, cross-attendance of courses, as well as multilateral activities. These interactions have strengthened mutual understanding and professional ties between personnel of both armed forces.