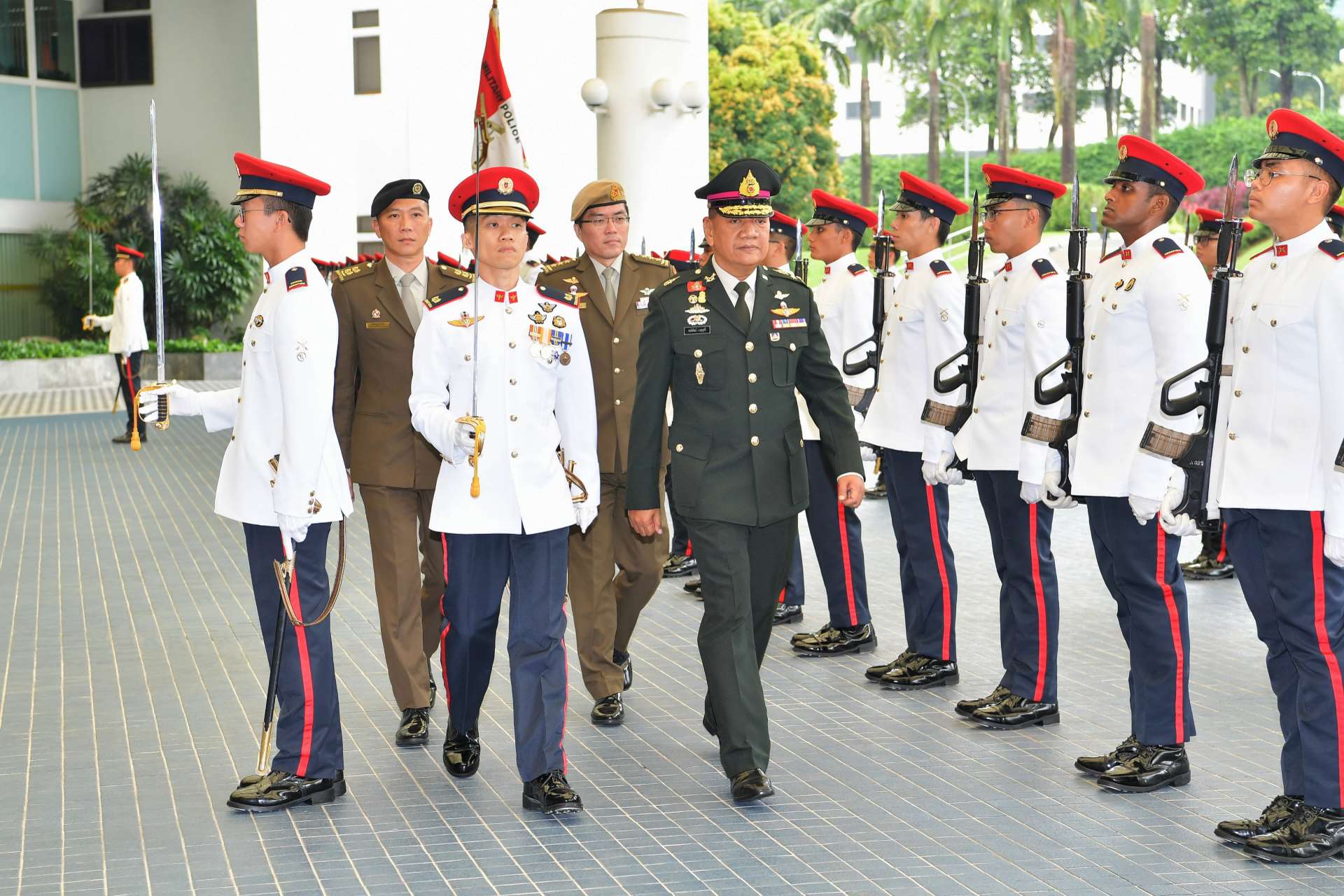 GEN Ponpipaat inspecting the Guard of Honour at the Ministry of Defence.

The Chief of Defence Forces of the Royal Thai Armed Forces (RTARF) General (GEN) Ponpipaat Benyasri called on Minister for Defence Dr Ng Eng Hen at the Ministry of Defence (MINDEF) this morning. During the meeting, Dr Ng and GEN Ponpipaat reaffirmed the close and long-standing bilateral defence relationship between Singapore and Thailand, and Dr Ng conveyed Singapore's support for Thailand's Chairmanship of ASEAN in 2019. They also reaffirmed the importance of enhancing defence interactions through multilateral platforms, including the ASEAN Defence Ministers' Meeting (ADMM) and ADMM-Plus, as well as through practical cooperation in areas of mutual interest such as on regional counter-terrorism.

GEN Ponpipaat, who is on his introductory visit to Singapore from 13 to 15 November 2018, also called on Chief of Defence Force Lieutenant-General Melvyn Ong and reviewed a Guard of Honour at MINDEF prior to the meeting with Dr Ng. GEN Ponpipaat's visit underscores the strong defence ties between the RTARF and the Singapore Armed Forces. Both armed forces interact regularly and extensively through bilateral and multilateral exercises, high-level visits, professional exchanges, and courses. Such interactions have enhanced the professionalism and camaraderie between personnel of both armed forces.