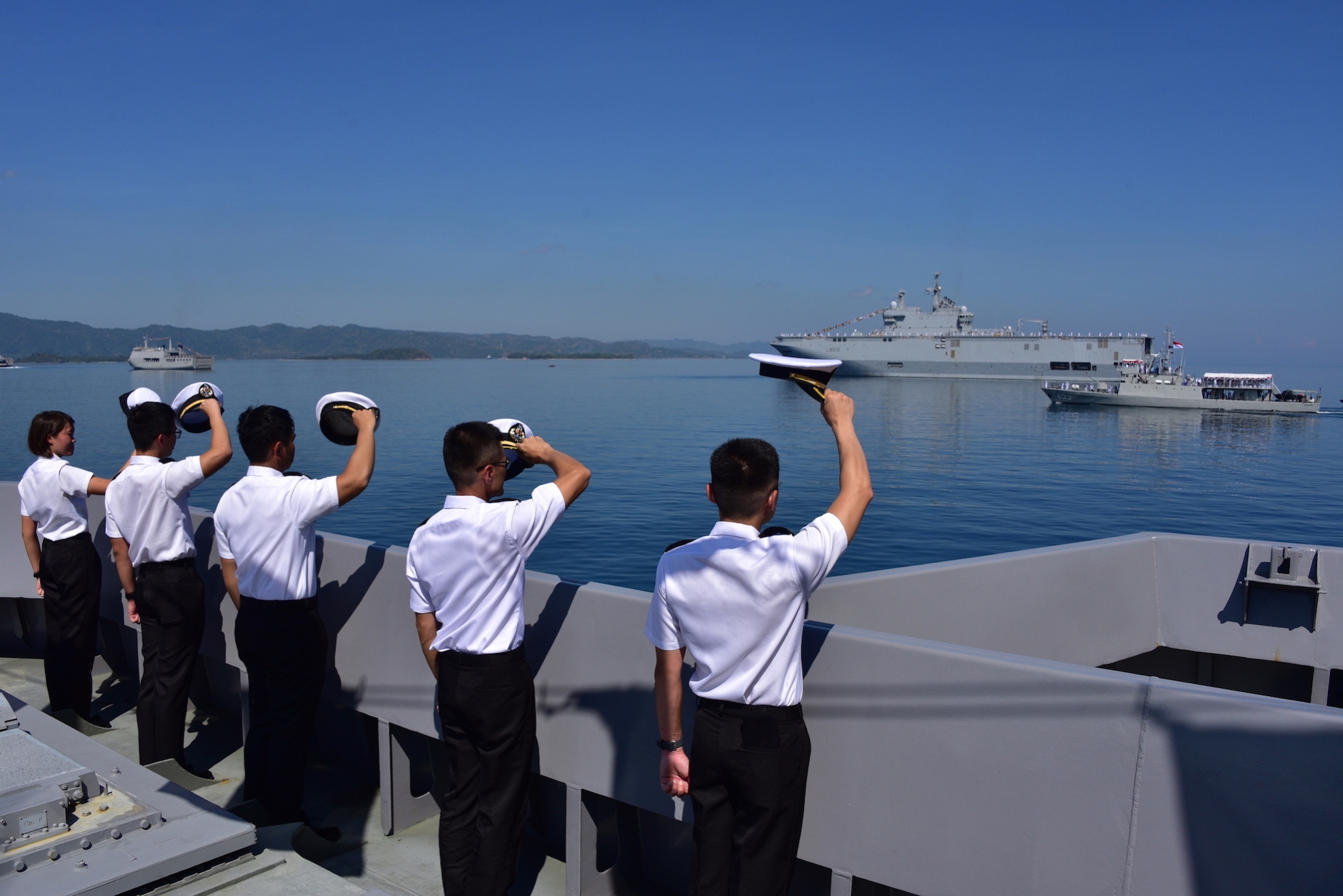 The Republic of Singapore Navy (RSN)'s Formidable-class Frigate RSS Formidable participated in the third edition of the Multilateral Naval Exercise Komodo (MNEK), hosted by the Indonesian Navy (TNI AL), from 4 to 9 May 2018 in Lombok, Indonesia and the Bali Sea.

As part of the exercise, RSS Formidable participated in an International Fleet Review (IFR) that was held on 5 May at the Port of Lembar. RSN personnel also took part in a City Parade and an Engineering Civic Aid Programme where they worked alongside other navies to construct houses and road infrastructure for the local community in Lombok. The exercise, which also saw navies take part in a series of maritime engagements to build cooperation, culminated in a sail-past this afternoon.

Commanding Officer of RSS Formidable, Lieutenant Colonel Chuah Meng Soon, highlighted the value of the MNEK in strengthening ties among participating navies. He said, "MNEK was a good opportunity to interact with navies around the world and these exchanges helped to enhance our relationships for greater cooperation on maritime issues. RSS Formidable is glad to be able to further our engagements with the TNI AL at MNEK after a successful bilateral Exercise Eagle Indopura in April."