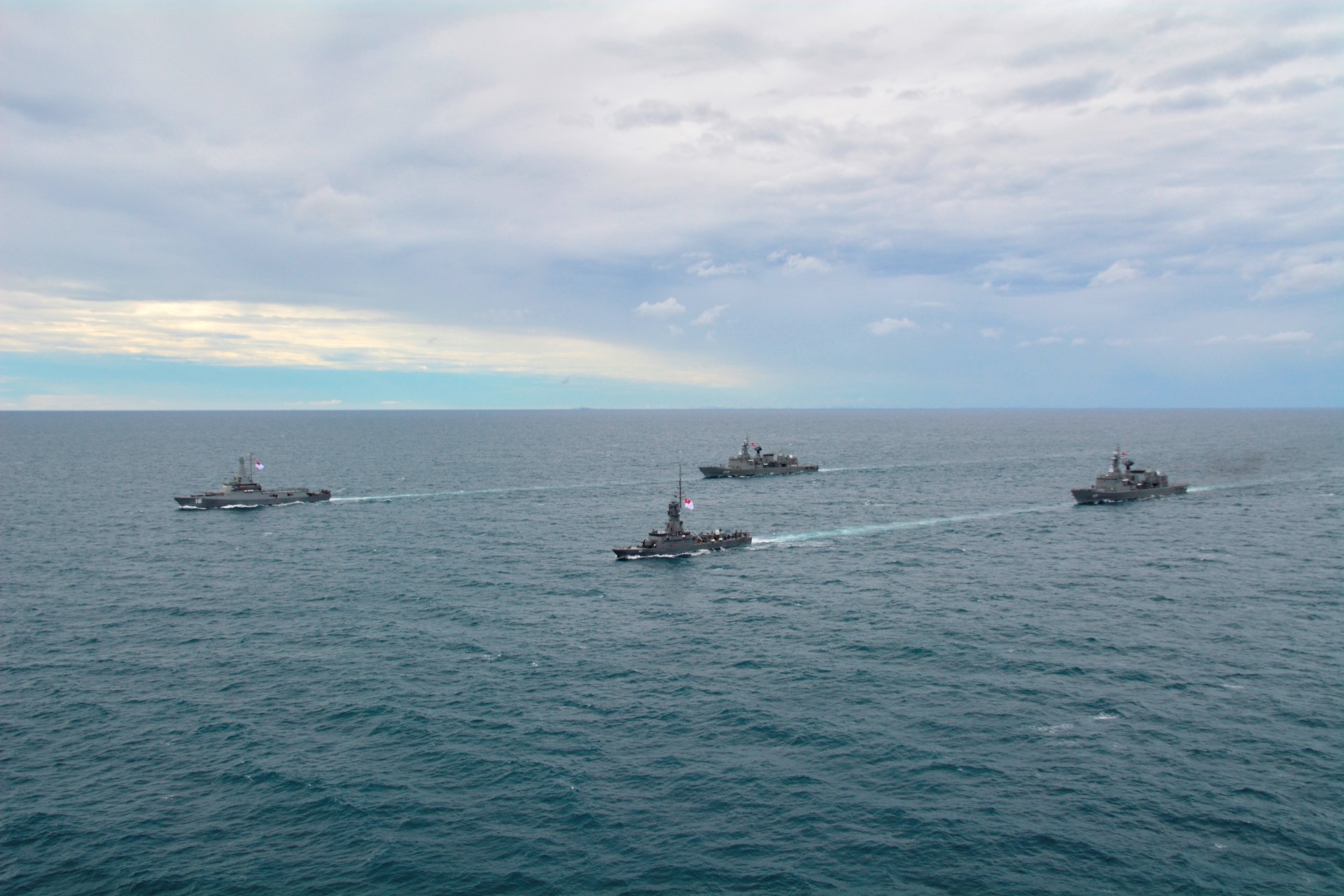 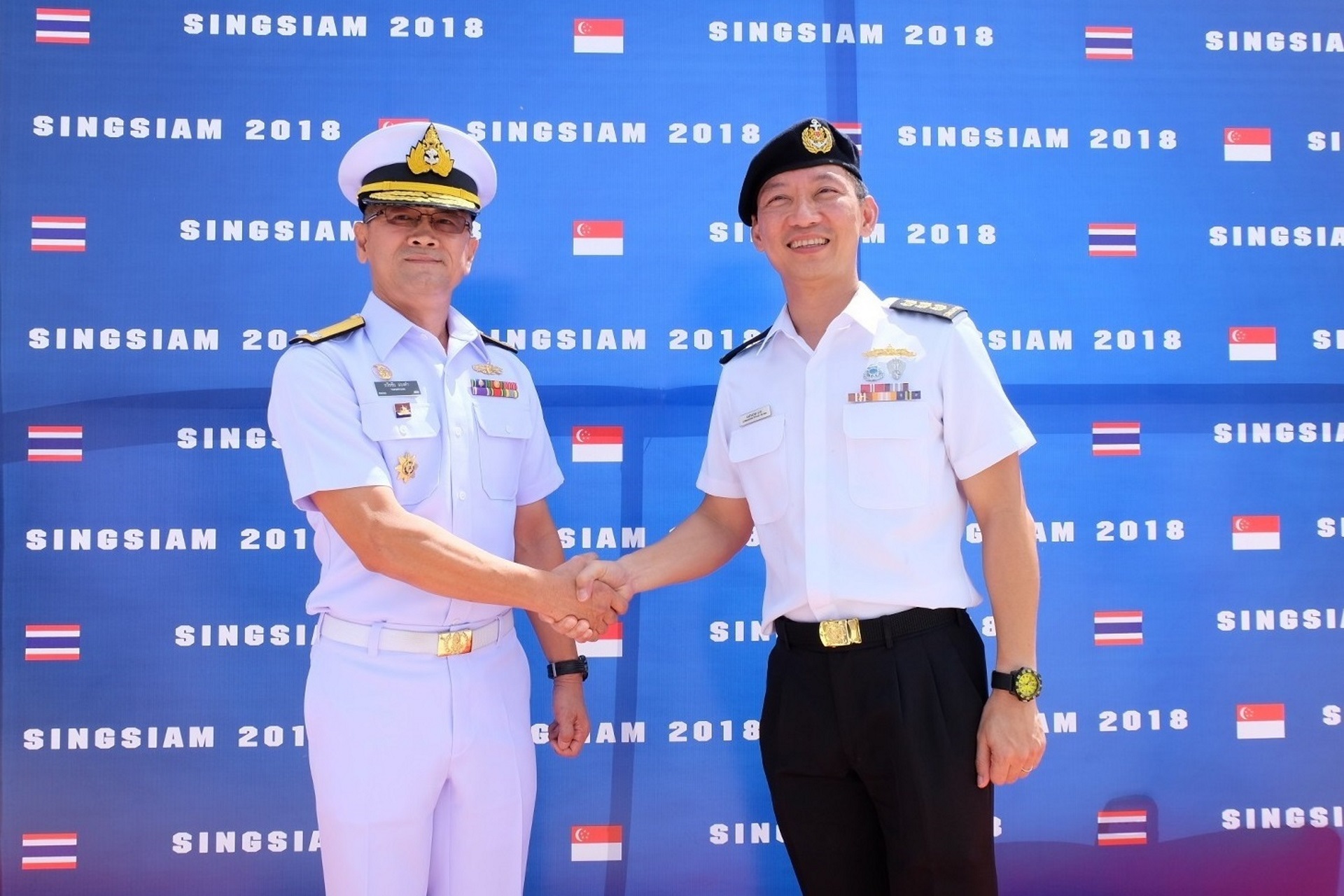 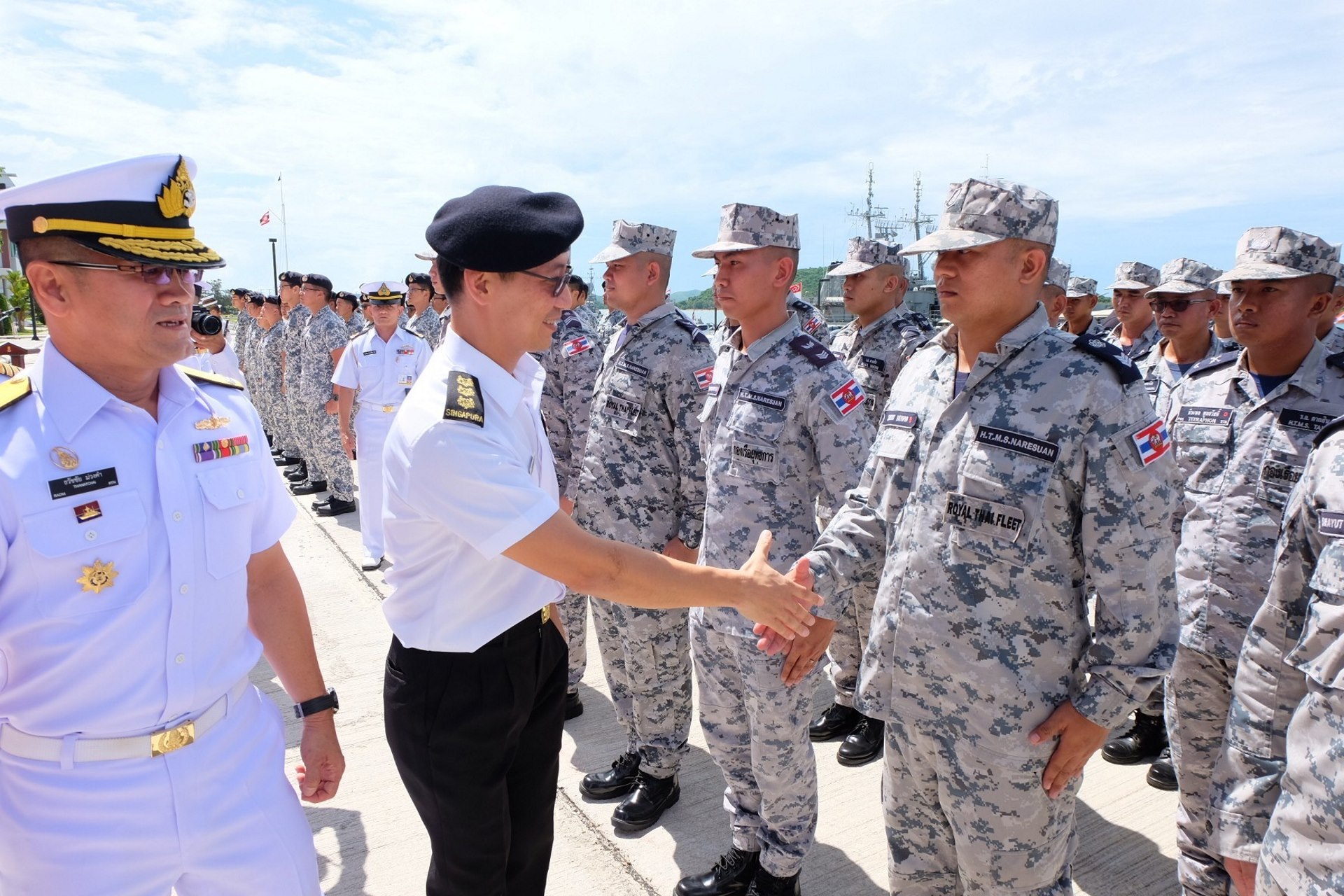 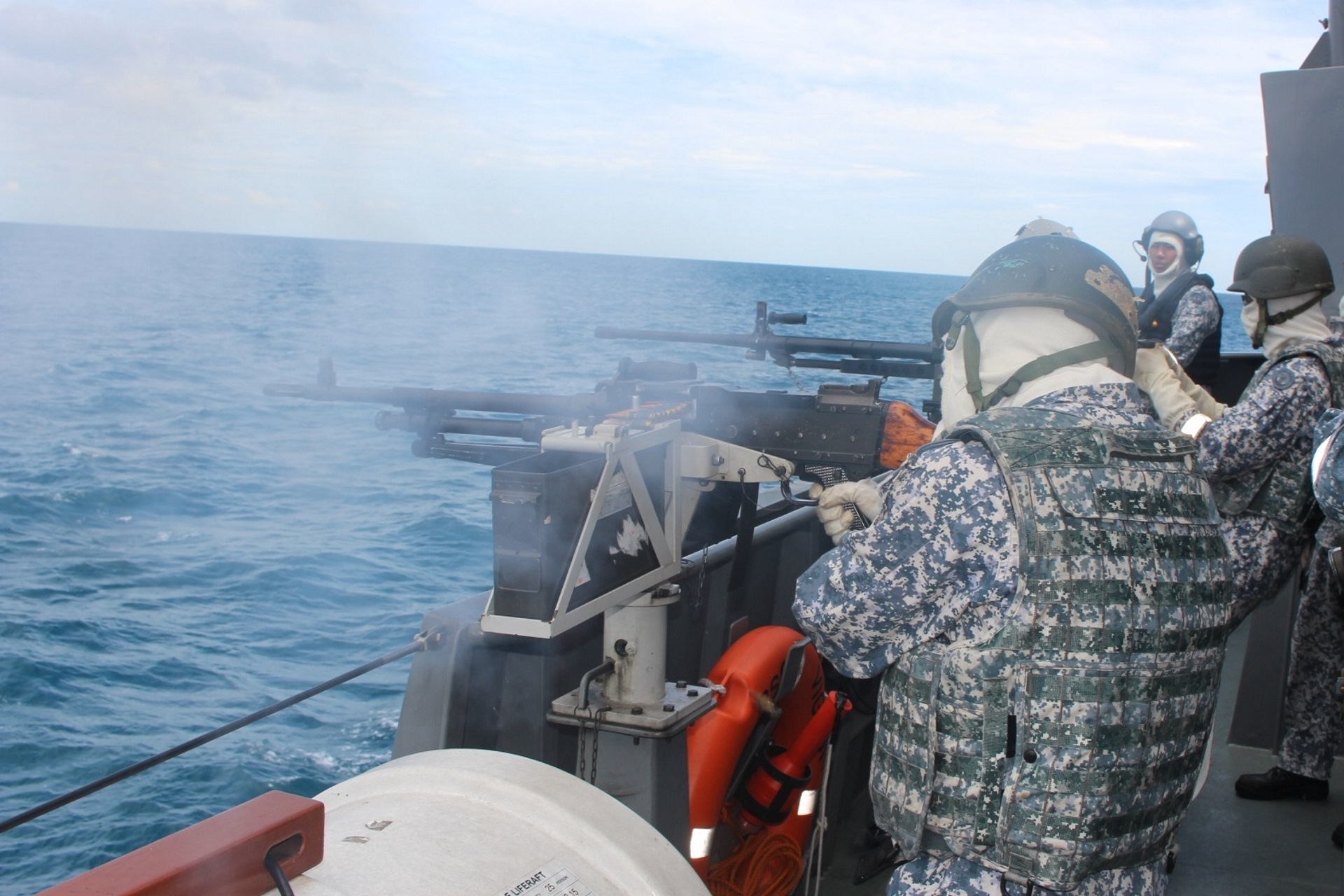 RSN personnel from RSS Vigour conducting a small arms shoot against a surface target during the exercise.

The Republic of Singapore Navy (RSN) and the Royal Thai Navy (RTN) are participating in Exercise Singsiam in the Gulf of Thailand from 4 to 9 June 2018. Hosted by the RTN, the bilateral exercise saw the conduct of conventional warfare training in anti-surface and anti-air domains, as well as maritime security training to hone interoperability between both navies.

Participating in the exercise are the RSN's Victory-class Missile Corvette RSS Vigour, and Independence-class Littoral Mission Vessel RSS Sovereignty who is on her inaugural overseas exercise since her operationalisation in 2017. A modular boarding team comprising operators from the RSN's Accompanying Sea Security Teams was also deployed on board RSS Sovereignty. The RTN's participating assets include the Naresuan-class Frigates HTMS Naresuan and HTMS Taksin, and a Dornier 228 and Fokker 27 Maritime Patrol Aircraft.

Noting the value of Exercise Singsiam, Commanding Officer of 188 Squadron Colonel (COL) Anthony Lee said, "The RSN values our close and long-standing partnership with the RTN. Through Exercise Singsiam, both navies have the opportunity to train together across various domains at sea and such trainings are instrumental in enhancing the interoperability and mutual understanding between us. With strong partners in the region, we can work together to address common maritime security issues effectively."

Following the conclusion of the sea phase of the exercise, the closing ceremony will be jointly officiated by COL Lee and the RTN's Chief of Staff of Frigate Squadron Two Captain Thumrong Supunpong on 9 June.

Exercise Singsiam is in its 19th edition since it started in 1981. Besides the biennial exercise, the RSN and RTN also interact regularly across a range of activities including professional exchanges and courses. These interactions underscore the close and long-standing defence ties between Singapore and Thailand, and have strengthened mutual understanding and cooperation between the two navies.