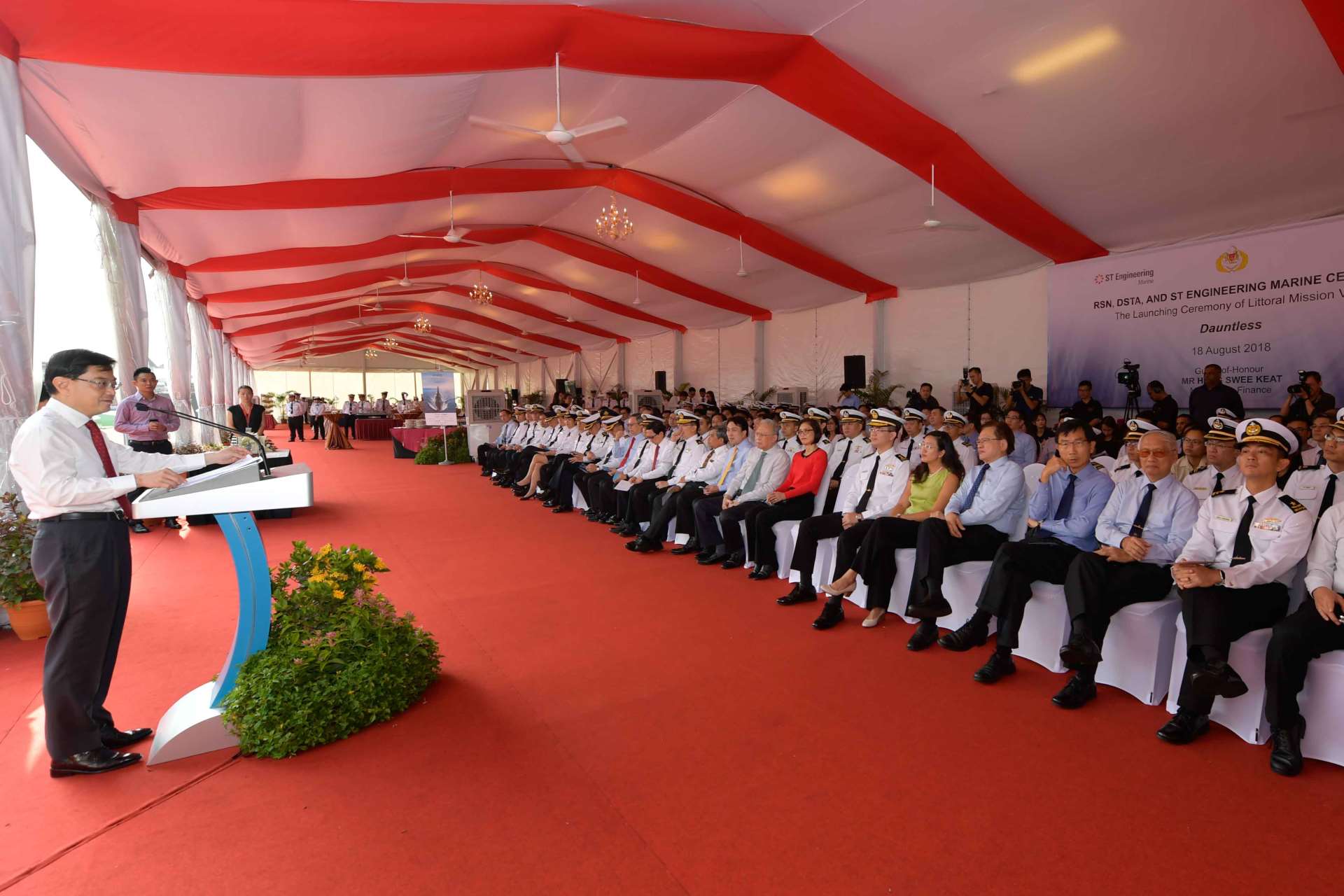 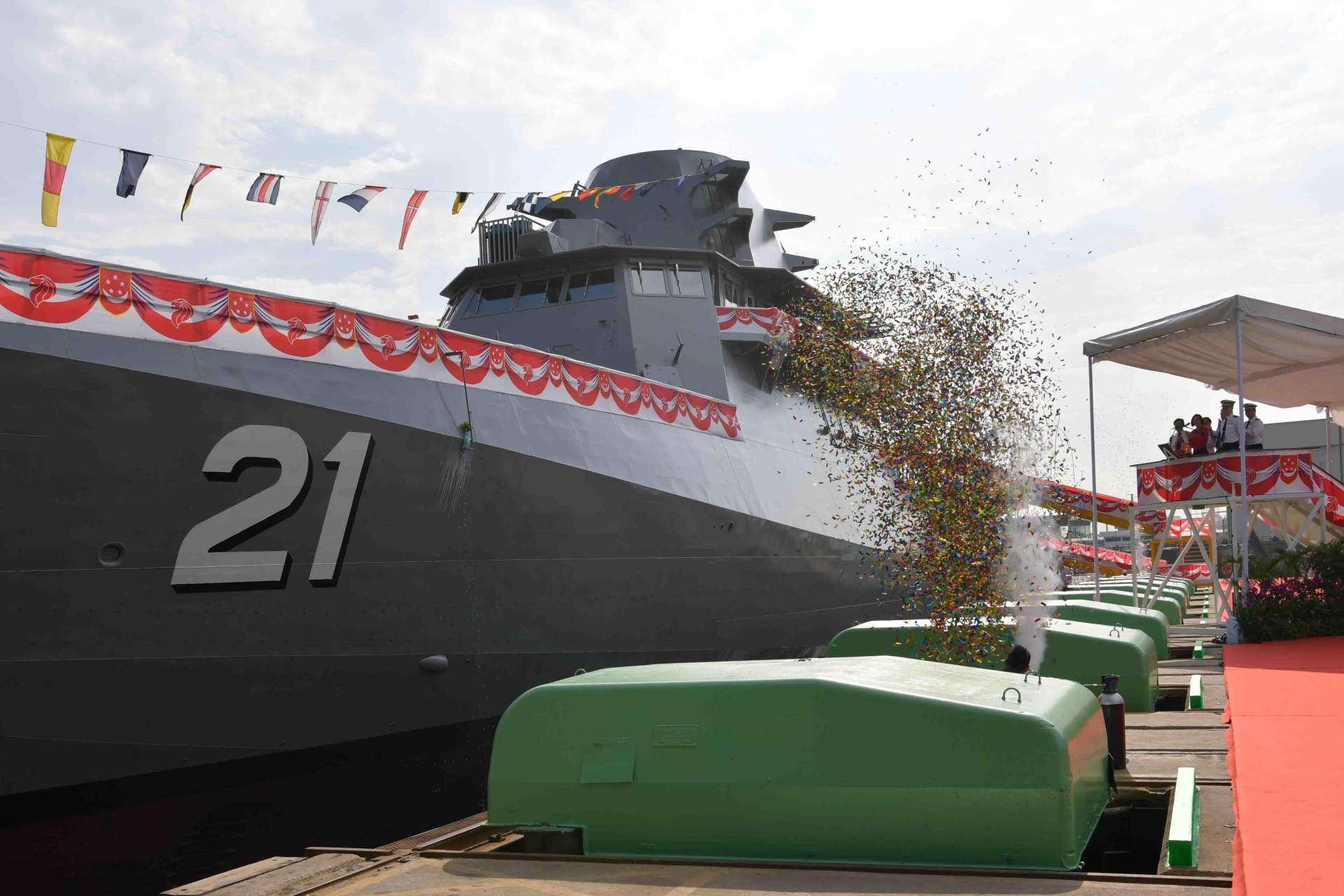 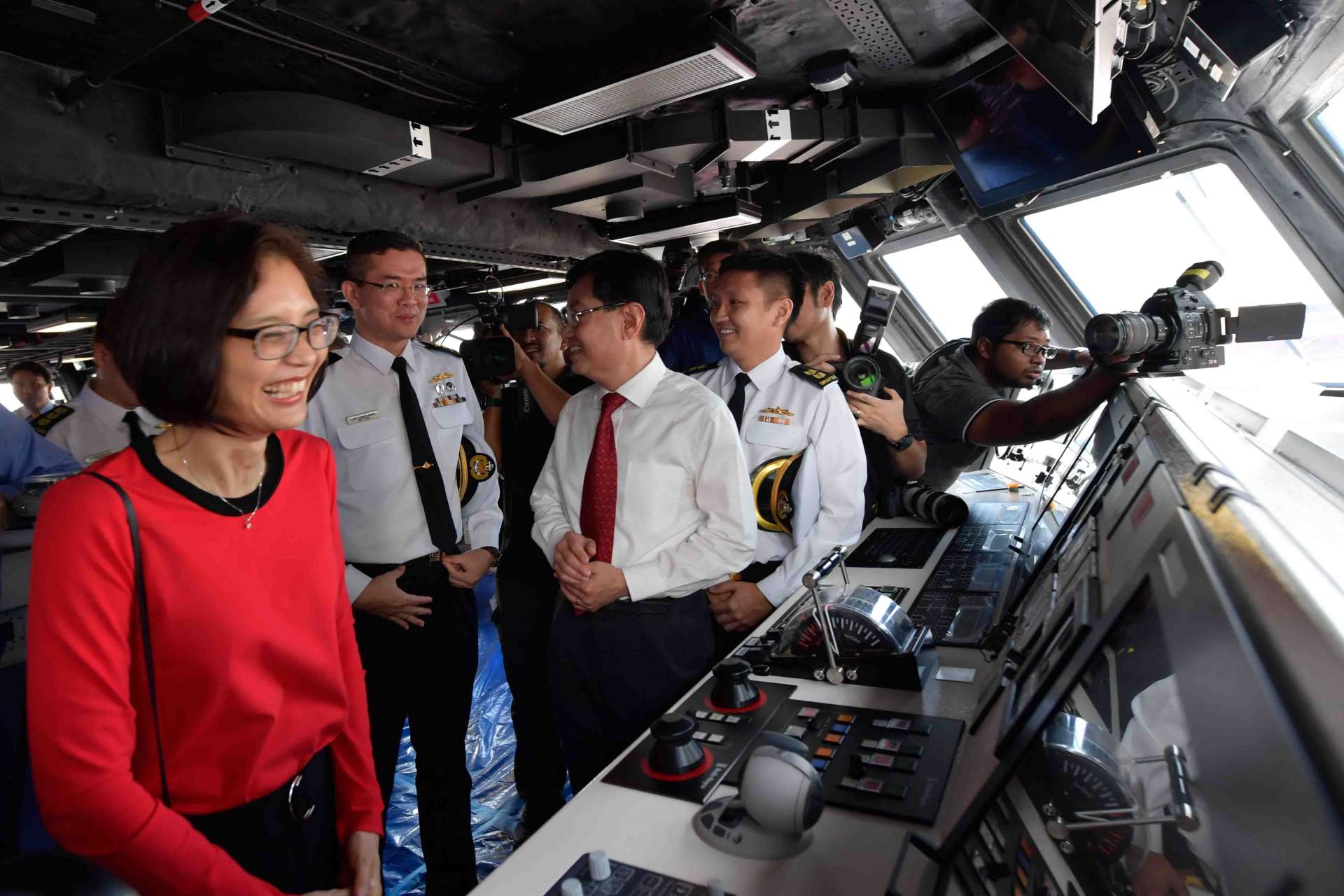 Mr and Mrs Heng taking a tour of the LMV with Chief of Navy Rear-Admiral Lew Chuen Hong. 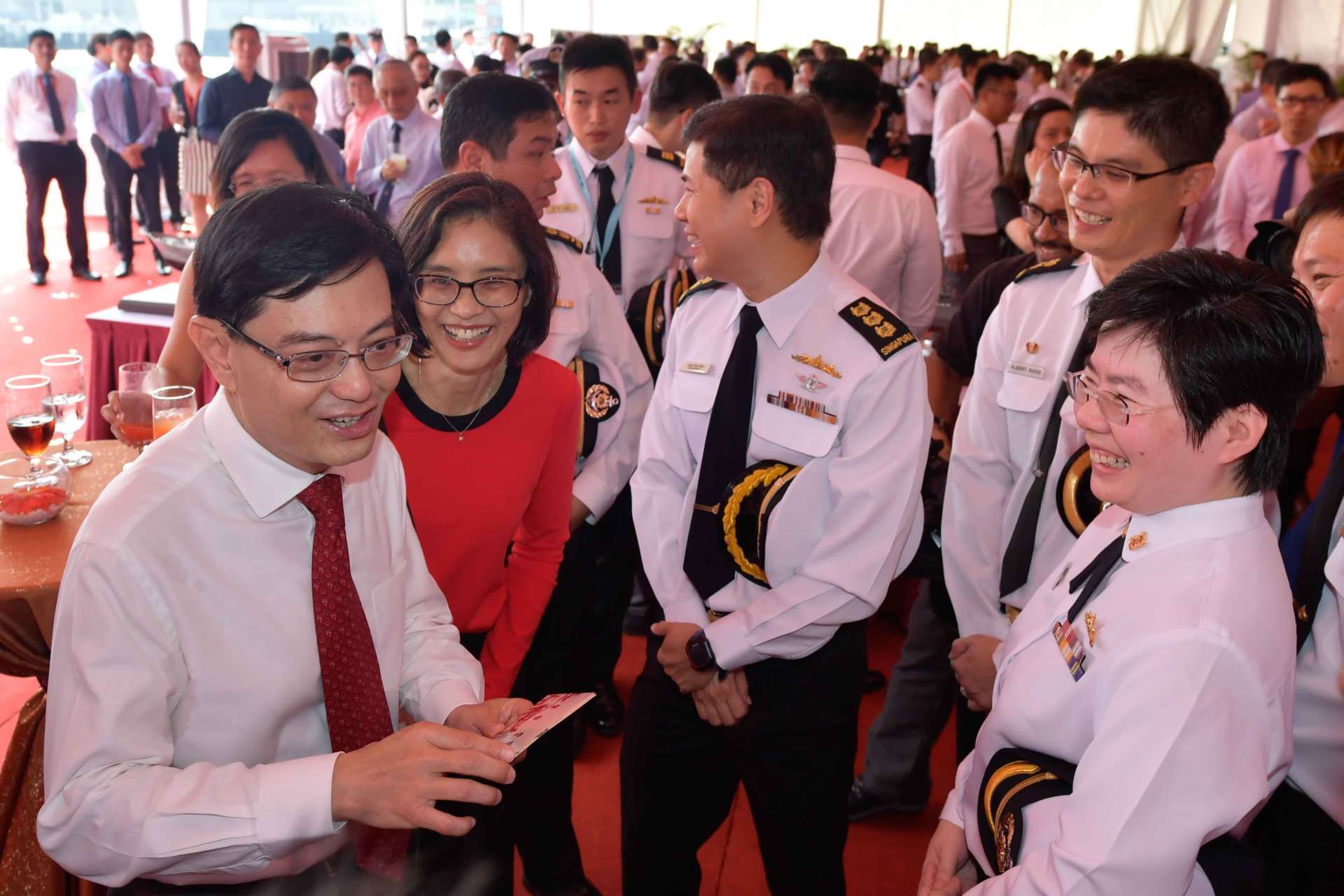 Minister Heng (left) interacting with former crew members of other RSN vessels at the launch ceremony.

Speaking at the ceremony, Mr Heng highlighted the importance of a strong and capable RSN to safeguard Singapore's survival. He said, "Our RSN's ability to secure and keep these key sea lines of communication open, preserve our right to move freely in waters around the world, as set out by international law, is critical to Singapore's prosperity and security."

On the launch of Dauntless, Mr Heng commented, "Naming this LMV Dauntless aptly reflects the RSN’s determined spirit to overcome all adversity without fear, capturing also the attributes of our founding generation. The Dauntless spirit will continue to guide the RSN in innovating and constantly improving itself, to safeguard Singapore."

The launch of Dauntless is a significant milestone in the RSN's continued transformation to keep Singapore's waters safe. The LMV programme is progressing well. Three LMVs – RSS Independence, RSS Sovereignty, and RSS Unity – were commissioned in 2017. Two previously launched LMVs – Justice and Indomitable – will be commissioned later this year. Fortitude, the sixth LMV, is presently undergoing sea trials.

Also present at the ceremony were Chief of Navy Rear-Admiral Lew Chuen Hong, as well as senior officers from the RSN and the Defence Science and Technology Agency.

Speech by Minister for Finance, Mr Heng Swee Keat at the Launching Ceremony of the Seventh Littoral Mission Vessel