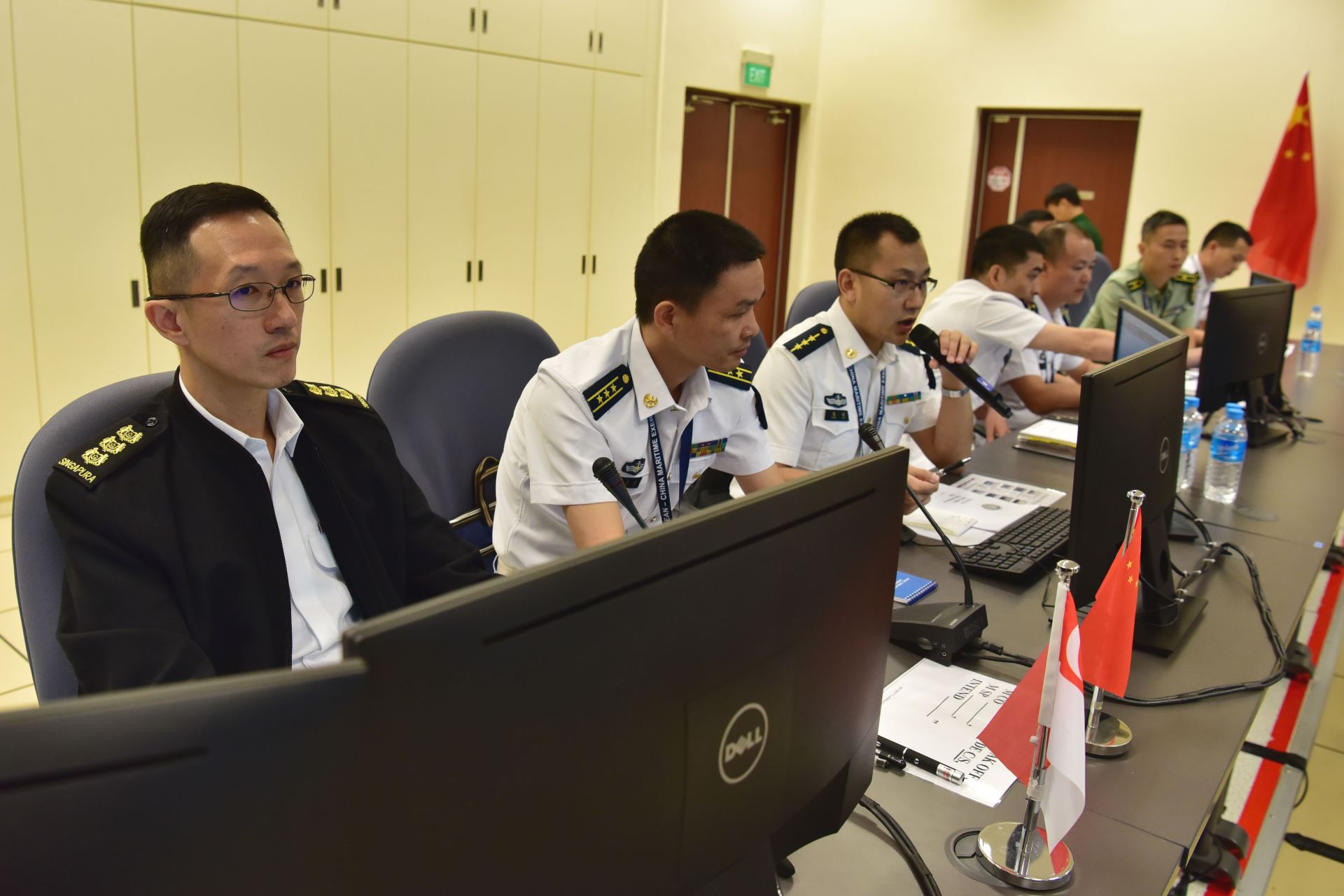 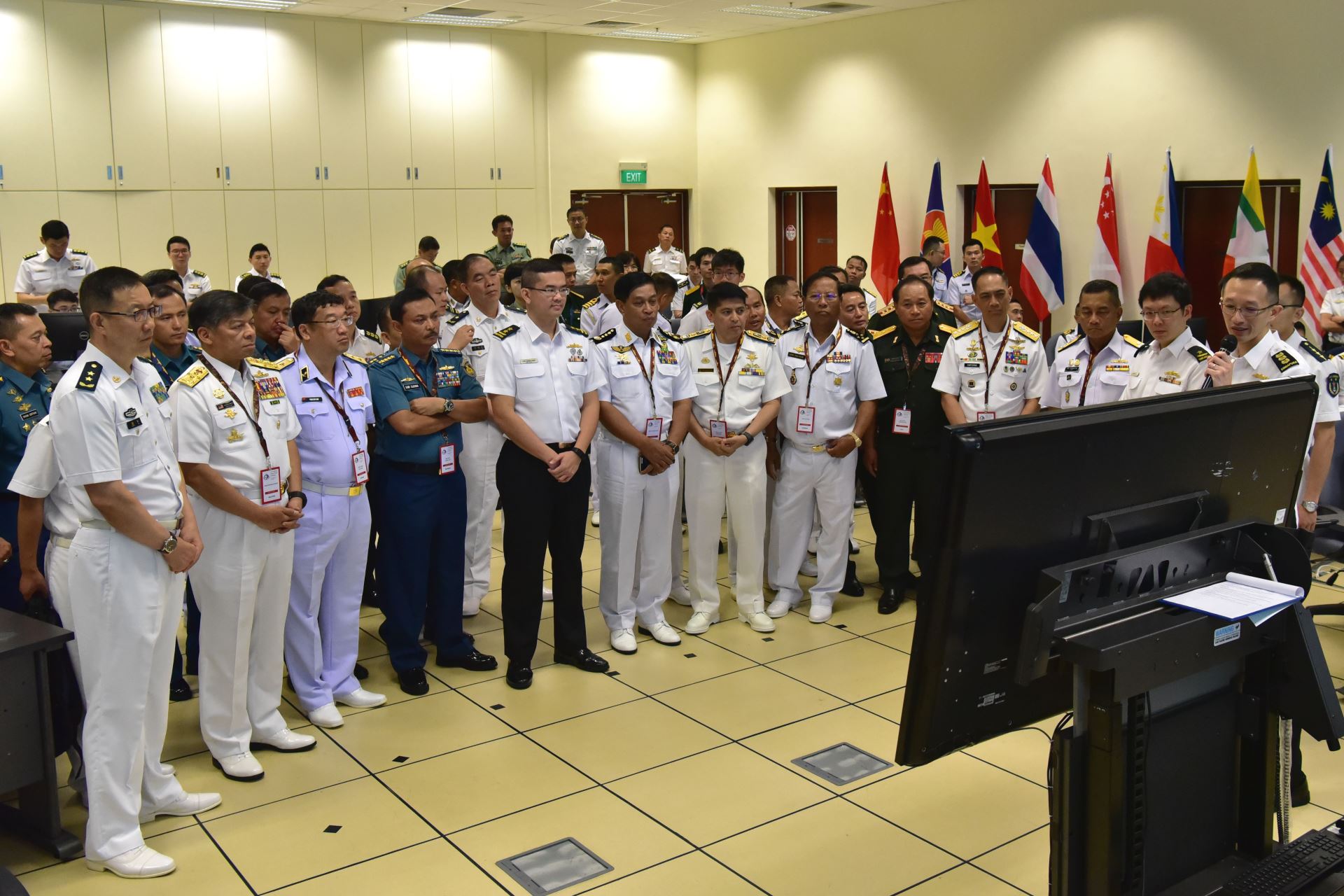 ASEAN Navy Chiefs accompanied by senior officials from ASEAN and People's Liberation Army during the brief by COL Lim (far right) on the TTX scenarios. 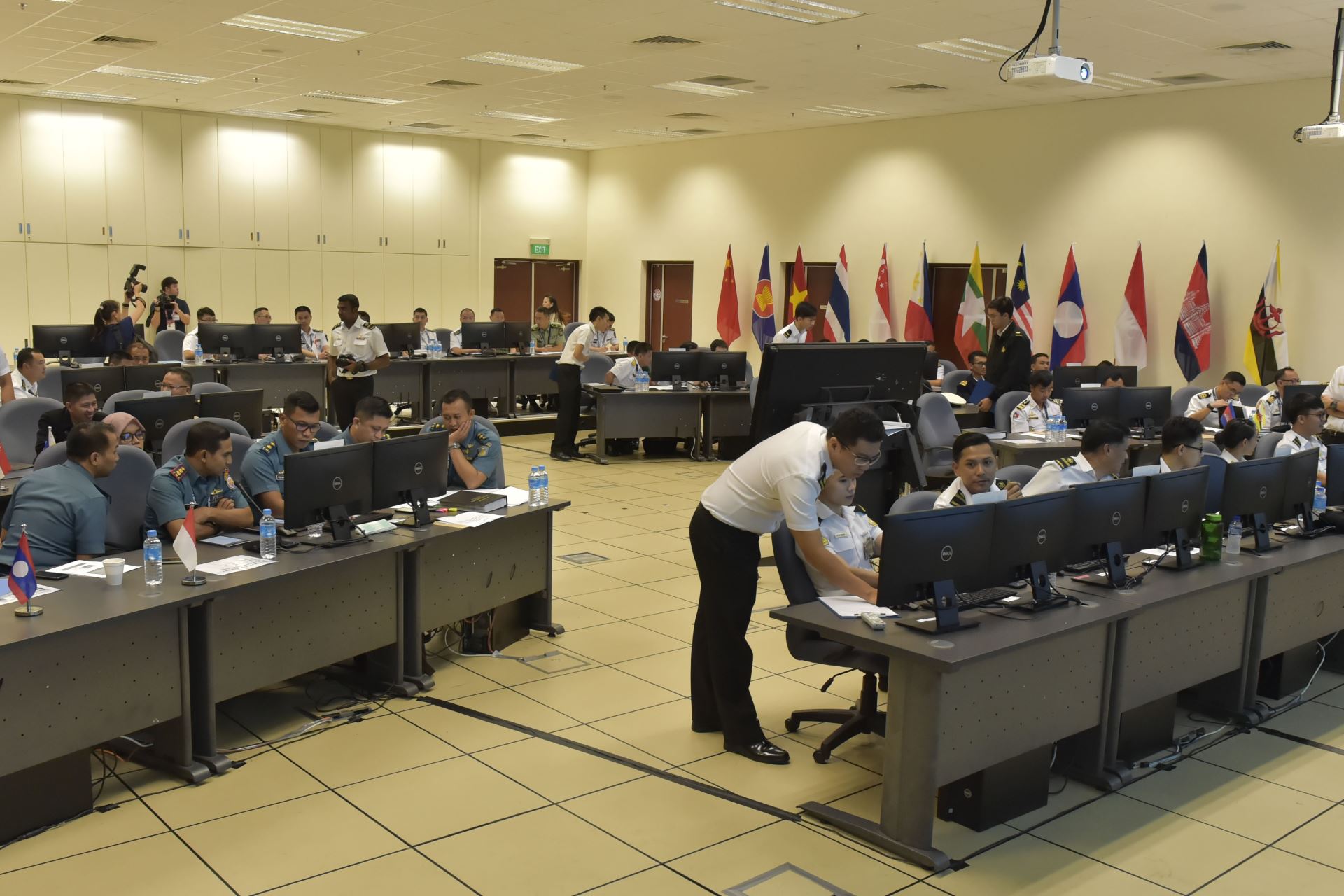 The first part of the inaugural ASEAN-China Maritime Exercise was successfully conducted from 2 to 3 August 2018, with the navies of the ASEAN countries and China participating in a table-top exercise in Singapore. Hosted by the Republic of Singapore Navy (RSN), the TTX was held at the Multinational Operations and Exercises Centre housed in the RSN's Changi Command and Control Centre at RSS Singapura – Changi Naval Base.

In February this year, ASEAN and Chinese Defence Ministers agreed to conduct the first-ever ASEAN-China Maritime Exercise in 2018. At the TTX in Singapore, the ASEAN and Chinese navies developed plans that will be exercised during the ASEAN-China Maritime Field Training Exercise (FTX) in October 2018. The TTX included plans to deal with maritime incidents, such as search and rescue operations and medical evacuation. The Code for Unplanned Encounters at Sea (CUES) was used in the plans for the approach of distressed vessels and helicopter cross-deck landings.

Commenting on the TTX, Colonel Lim Yu Chuan, Commanding Officer of RSN's 185 Squadron and exercise co-director said, "This table-top exercise has been a good first step for navies from ASEAN countries and China to work together to deal with maritime incidents at sea. We had fruitful discussions and developed plans that help to enhance understanding and confidence between our navies. We look forward to furthering practical cooperation by exercising these plans during the sea exercise later this year."

CAPT Liang Zhijia, Deputy Chief of Operations, Naval Forces of People's Liberation Army Southern Theater Command and exercise co-director added, "We are glad to have this opportunity to exercise with the ASEAN navies. The TTX and FTX is a good platform to build confidence, cooperation and understanding between our navies. We all have common interest and we should work together. Such practical cooperation will help build trust so that we can work together towards safer seas for all."