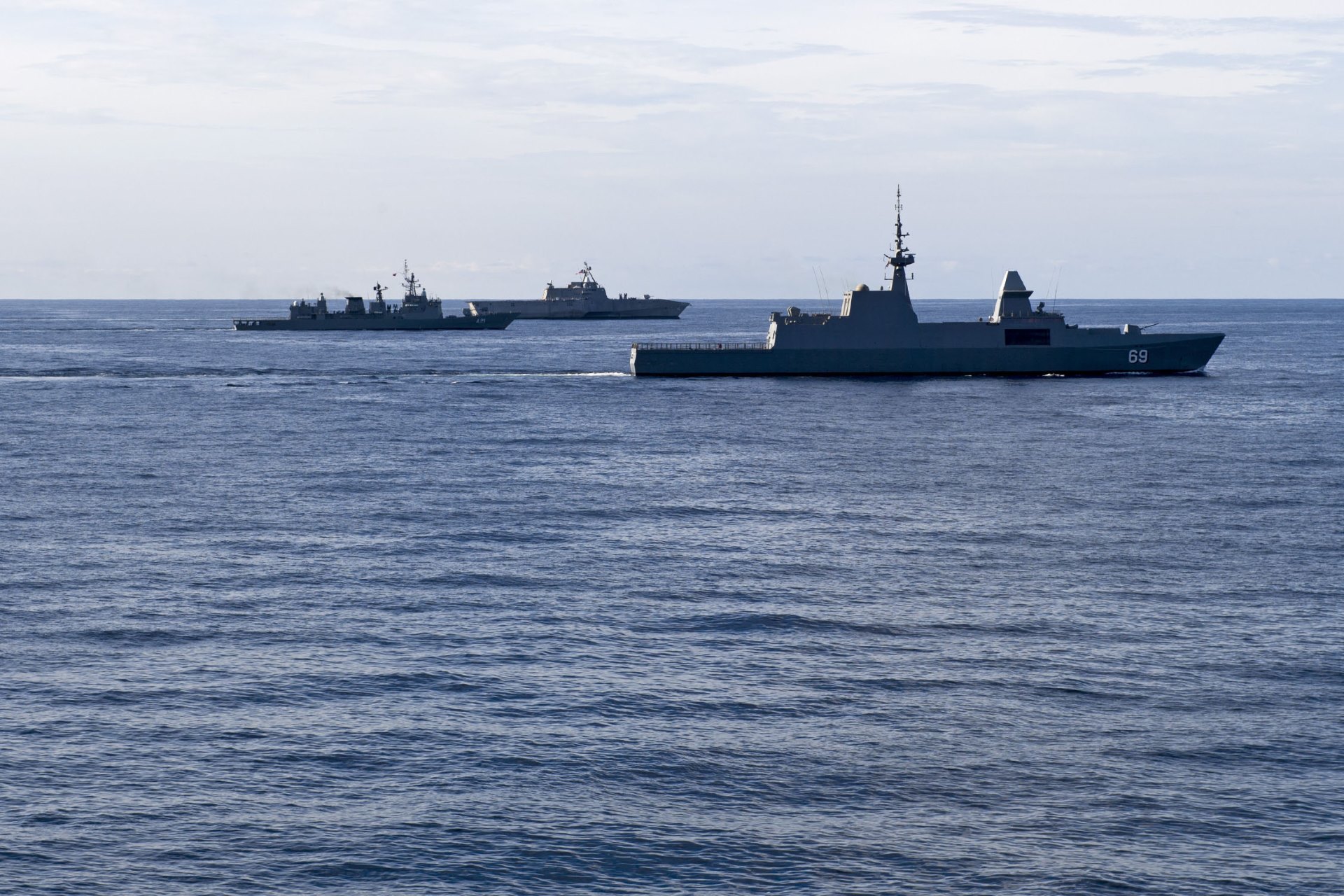 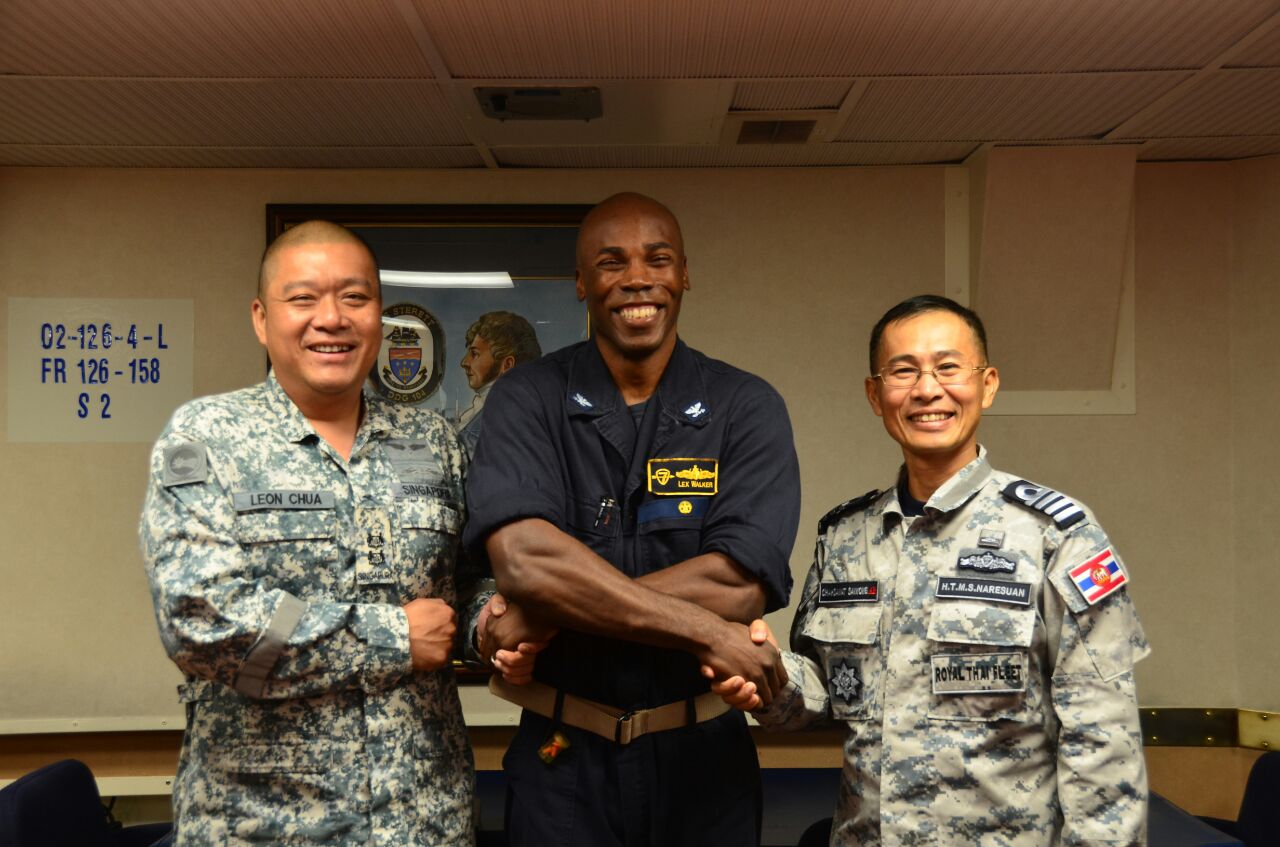 The Republic of Singapore Navy (RSN), Royal Thai Navy (RTN) and United States Navy (USN) concluded the inaugural multilateral Cooperation Afloat Readiness and Training (CARAT) exercise between Singapore, Thailand and the United States today. The exercise, which commenced on 10 May 2017 off the waters of Thailand, focused on conventional maritime warfare capabilities like anti-air and anti-surface operations.

Four ships and over 600 personnel from the three countries participated in the exercise. The RSN deployed its Formidable-class frigate RSS Intrepid; the RTN deployed its Naresuan-class frigate HTMS Naresuan; and the USN deployed its Independence-class Littoral Combat Ship USS Coronado and Arleigh-burke-class Guided-Missile Destroyer USS Sterett.

Commanding Officers (CO) from the RSN, RTN and USN affirmed the professional value of the multilateral CARAT in strengthening interoperability among the three navies. CO of the RSS Intrepid Lieutenant Colonel (LTC) Leon Chua said, "The RSN was pleased to participate in this inaugural multilateral CARAT, which allowed the three countries to enhance their cooperation and relationships, which have been built up over the years." CO of the HTMS Naresuan Captain (CAPT) Chaksawat Saiwong echoed this sentiment and said, "We are pleased to be operating at sea with our Republic of Singapore and United States navy partners during this exercise. This was meaningful training for all three navies and it deepens our longstanding maritime partnership between our nations." CO of the USS Sterett Commander (CMDR) Claudine Caluori added, "Operating closely with the Royal Thai and Republic of Singapore navies allows us to enhance security cooperation in the region and our sailors are dedicated to working with and learning from these important and necessary exercises."

Participants also interacted and learnt from each other through a searider exchange programme, in which they visited and sailed on their counterparts' ships. This enhanced the professional and people-to-people ties between the three navies.