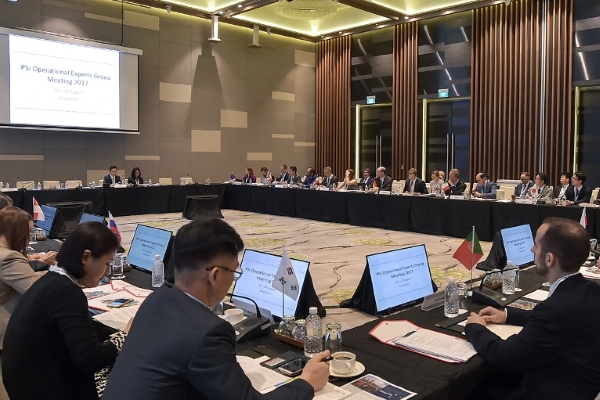 During the meeting, the countries discussed key counter-proliferation policy issues and developments in the PSI, including emerging proliferation threats and gaps in the initiative. They acknowledged the need to continually modernise the PSI, and agreed to strengthen outreach to non-endorsees and industry, as well as to facilitate continuity between OEG meetings.

The annual OEG meeting brings together experts to discuss key counter-proliferation developments and their impact, as well as ways to bolster the collective capabilities of PSI countries. Singapore's hosting of this meeting reaffirms its commitment to global counter-proliferation efforts and continued support for the PSI.

The PSI is a multinational initiative launched in 2003 to encourage international cooperation to stop the spread of Weapons of Mass Destruction, their delivery systems and related materials. To date, 105 countries have endorsed the PSI.

Singapore, together with Argentina, Australia, Canada, Denmark, France, Germany, Greece, Italy, Japan, the Netherlands, New Zealand, Norway, Poland, Portugal, Republic of Korea, Russia, Spain, Turkey, the United Kingdom, and the United States form the OEG, which drives the direction of the PSI. The PSI also establishes regional groupings, including one in the Asia-Pacific - the Asia-Pacific Exercise Rotation - of which Singapore is a member. As part of the regional grouping, Singapore hosted Exercise Deep Sabre in September 2016. The exercise involved more than 800 personnel from 21 countries participating in a series of shore and sea activities designed to promote capacity building. Singapore will also participate in the upcoming Exercise Pacific Protector hosted by Australia under the same PSI regional grouping in September 2017.