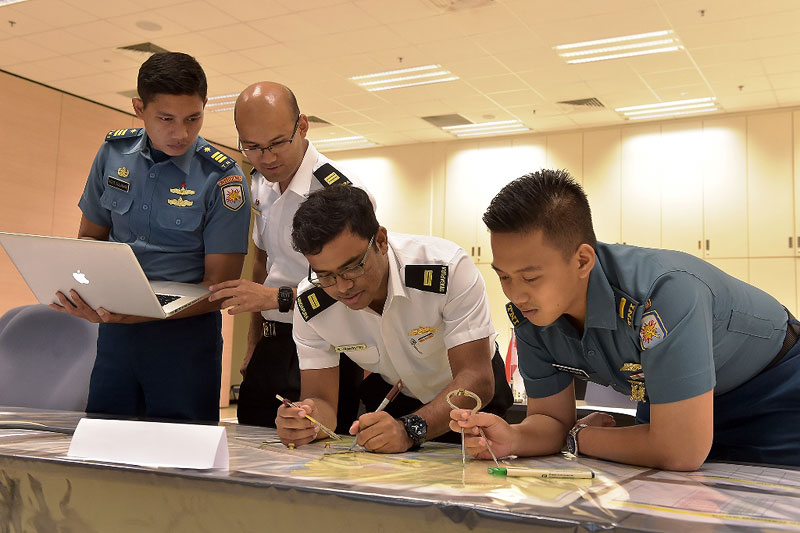 This year's Joint MINEX saw the participation of more than 300 personnel from the RSN and the TNI-AL. The exercise consisted of shore-based planning and simulation training, as well as breakthrough operations in the eastern entrance of the Singapore Strait, where the two navies ensured that the waters were cleared of mines for the safe transit of international merchant shipping. The exercise also included live gunnery-firings and joint MCM operations against simulated mine threats off the eastern coast of Bintan, Indonesia. The RSN participated in the exercise with two Bedok-class Mine-Countermeasure Vessels (MCMVs), RSS Bedok and RSS Punggol, while the TNI-AL sent two Pulau Rengat-class MCMVs, KRI Pulau Rengat and KRI Pulau Rupat, and a Kondor-class Minesweeper, KRI Pulau Rangsang.

Speaking at the opening ceremony of the exercise at Changi Command and Control Centre on 22 August 2017, Commander of the RSN's Maritime Security Task Force Rear-Admiral Alan Goh said, "Joint MINEX is one of several bilateral exercises between the RSN and the TNI-AL, and these exercises serve to enhance the professional knowledge and interoperability between our two navies." The TNI-AL's Western Fleet Sea Security Group Commander First-Admiral Bambang Irwanto, who was also present at the opening ceremony, highlighted that "This exercise will enhance professionalism and capability amongst both navies, by sharing information and supporting each other especially in the subject of mine warfare."

The RSN and the TNI-AL conduct regular professional exchanges, exercises and visits, and also collaborate through the bilateral socio-civic programme Indo-Sin Bhakti Sosial and the multilateral Malacca Straits Patrol. These underscore the close and long-standing defence relationship between Singapore and Indonesia as the two countries mark 50 years of diplomatic relations this year.