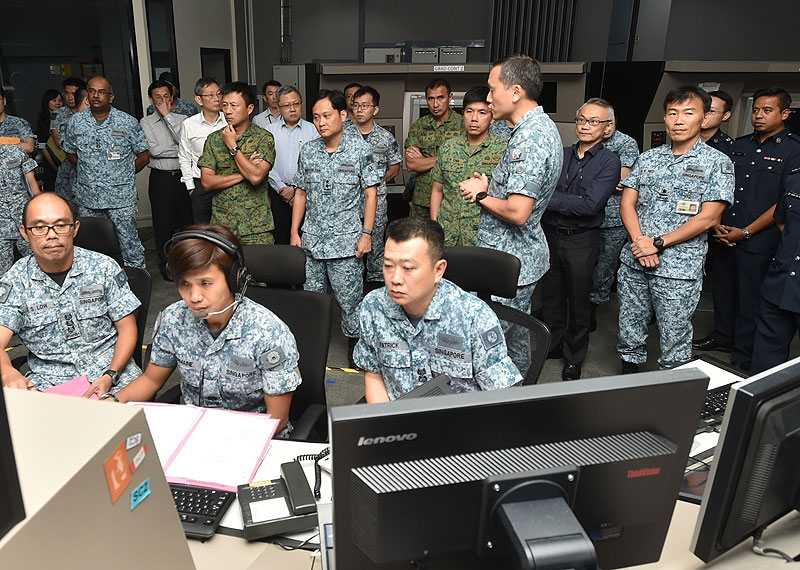 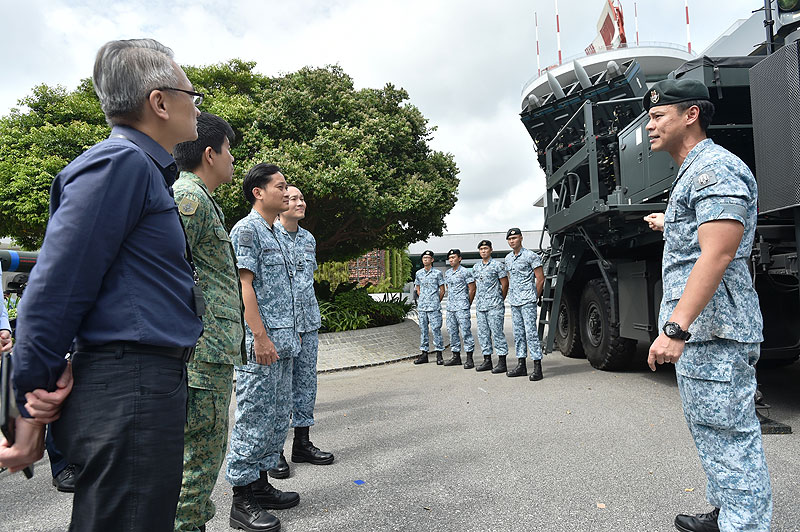 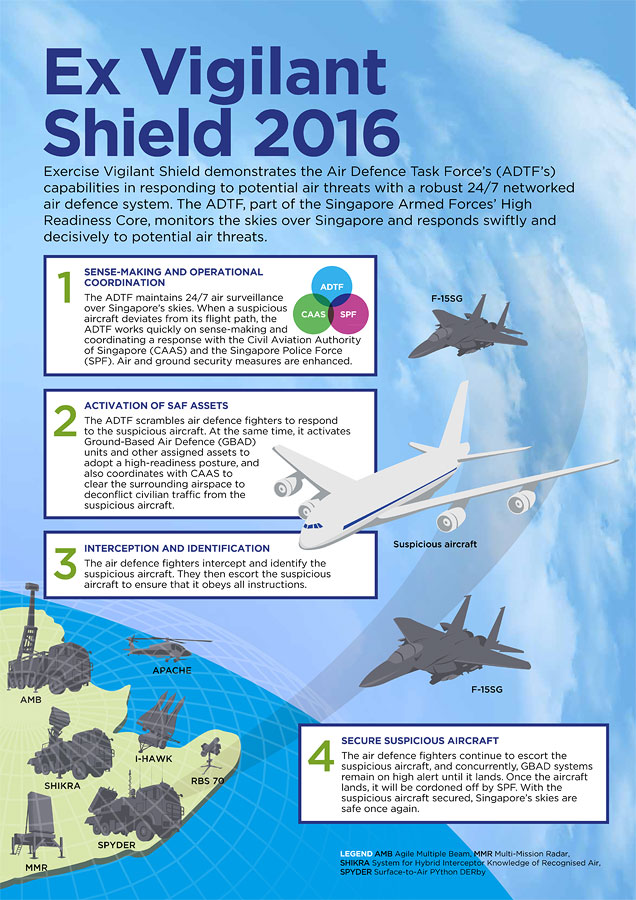 Speaking after the exercise, MG Tan said, "The successful conduct of this exercise demonstrated the RSAF's robust networked air defence system and our tight inter-agency linkages with our partners. The RSAF will continue to strengthen our ability to defend and safeguard the sovereignty of Singapore's airspace".

This year's exercise involved about 400 participants from the RSAF, the Civil Aviation Authority of Singapore and the Singapore Police Force. The RSAF also deployed assets such as the F-15SG fighter aircraft, AH-64D Apache helicopter, I-HAWK, SPYDER and RBS-70 Ground-Based Air Defence systems.