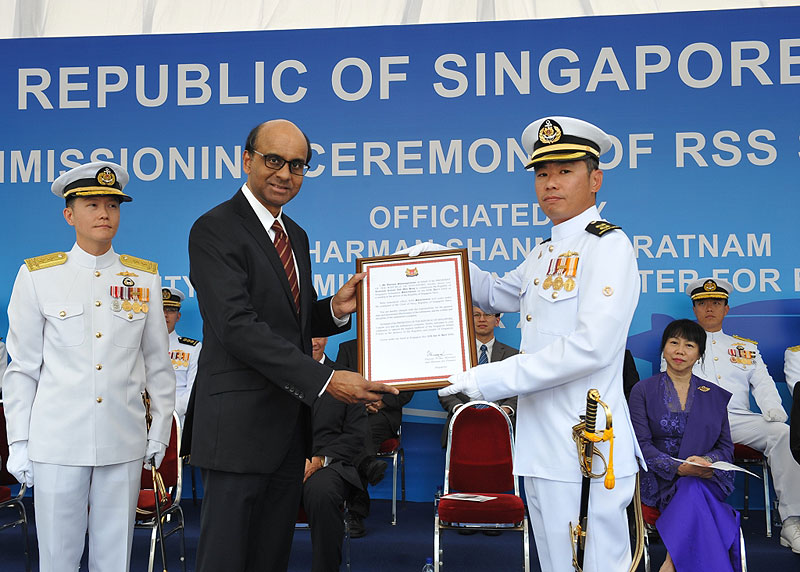 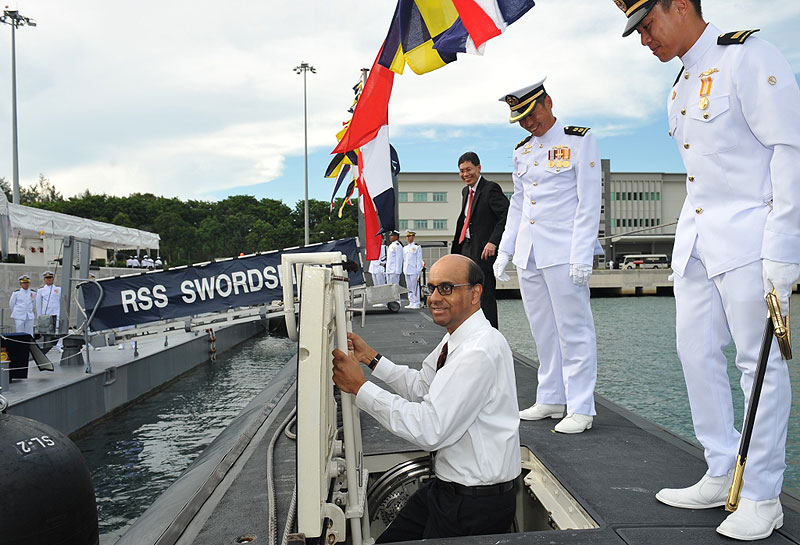 DPM Tharman disembarking from RSS Swordsman after a tour of the boat.

Speaking at the commissioning ceremony, DPM Tharman highlighted that the RSN has reached a new milestone in its submarine development with both Archer-class submarines entering active service. "RSS Swordsman, her sister boat RSS Archer and our Challenger-class submarines form part of an integrated warfighting system - together with our stealth frigates, naval helicopters, missile corvettes and mine-countermeasure vessels - a force that safeguards Singapore's maritime interests and protects our territorial integrity," said DPM Tharman.

RSS Swordsman was acquired from the Royal Swedish Navy in 2005 and was launched in Karlskrona, Sweden on 20 Oct 2010. She underwent various comprehensive and extensive sea trials in Sweden before returning to Singapore on 31 Dec 2012. RSS Swordsman has undergone extensive refurbishment, upgrades, and tropicalisation to adapt it for operations in our local conditions. Its combat and sensor suites have been upgraded and an Air Independent Propulsion (AIP) system was added to give the submarine greater stealth, extended reach and expanded operational capabilities. RSS Swordsman will join RSS Archer and operate alongside the Challenger-class submarines under the RSN's 171 Squadron.