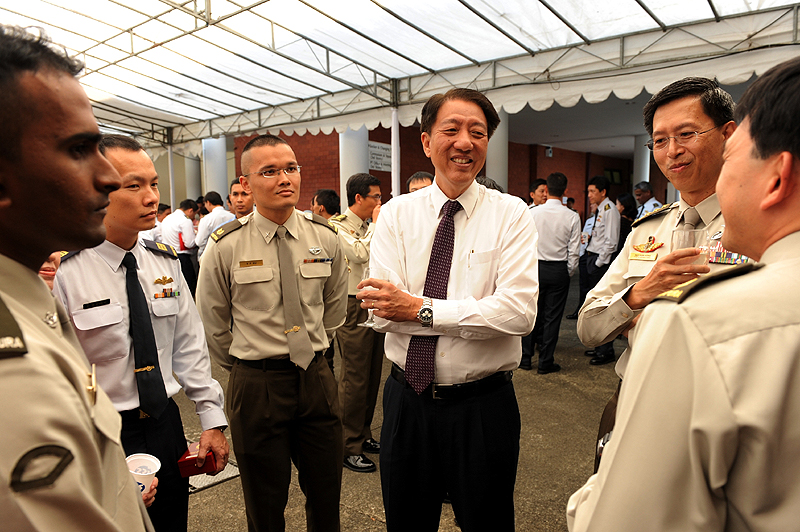 Deputy Prime Minister and Minister for Defence Teo Chee Hean presented the Overseas Service Medal to 150 Singapore Armed Forces (SAF) personnel at a ceremony held this afternoon. The medals were presented in recognition of their contributions to the earthquake relief operations in Christchurch, New Zealand.

Speaking at the ceremony, Mr Teo emphasised that: "As a responsible member of the international community, Singapore stands ready to assist our friends in times of crisis in whatever way we can." He also highlighted that the regular interactions between the SAF and the New Zealand Defence Force (NZDF) allowed both armed forces to develop a significant level of mutual understanding, and thus enabled the SAF to seamlessly integrate with and add value to the NZDF's rescue operations. Mr Teo commended the medal recipients on displaying the highest level of professionalism, discipline and commitment and said that their "efforts are greatly appreciated by the New Zealanders and highly regarded by all of us at home."

Among the recipients were the 116-man team who conducted cordon operations in the city centre, removed debris in the suburbs and set up water purification units and tents. These personnel were participating in a humanitarian assistance and disaster relief exercise, codenamed Exercise Lion Walk, with the NZDF when the earthquake happened, and were subsequently deployed to assist in relief operations. In addition, 24 personnel of the two Republic of Singapore Air Force C-130 military aircraft involved in airlifting humanitarian aid and supplies as well as evacuating civilians were honoured. Also receiving the medals were medical officers who provided primary healthcare and assisted in forensics work, and members of the command team who were deployed to coordinate the earthquake relief efforts with NZDF.