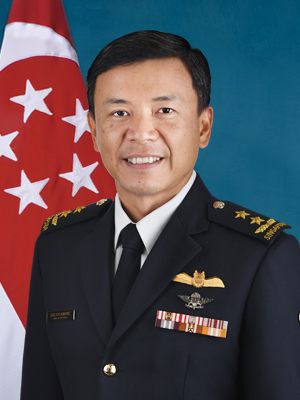 An operational fighter pilot with many years of experience, MG Khong has flown the F-16 and the F-15SG fighter jets and participated in many exercises in countries such as the United States, Australia, Indonesia, Malaysia, and Thailand. He was also the Commanding Officer of 149 SQN, the Republic of Singapore Air Force’s first local F-15SG SQN.

For his contributions to the SAF, MG Khong was awarded the Public Administration Medal (Gold) (Military) and the Long Service Medal (Military) in 2020.

MG Khong and his wife Pei Chen have two sons, Josiah and Caleb, and daughter, Chloe.