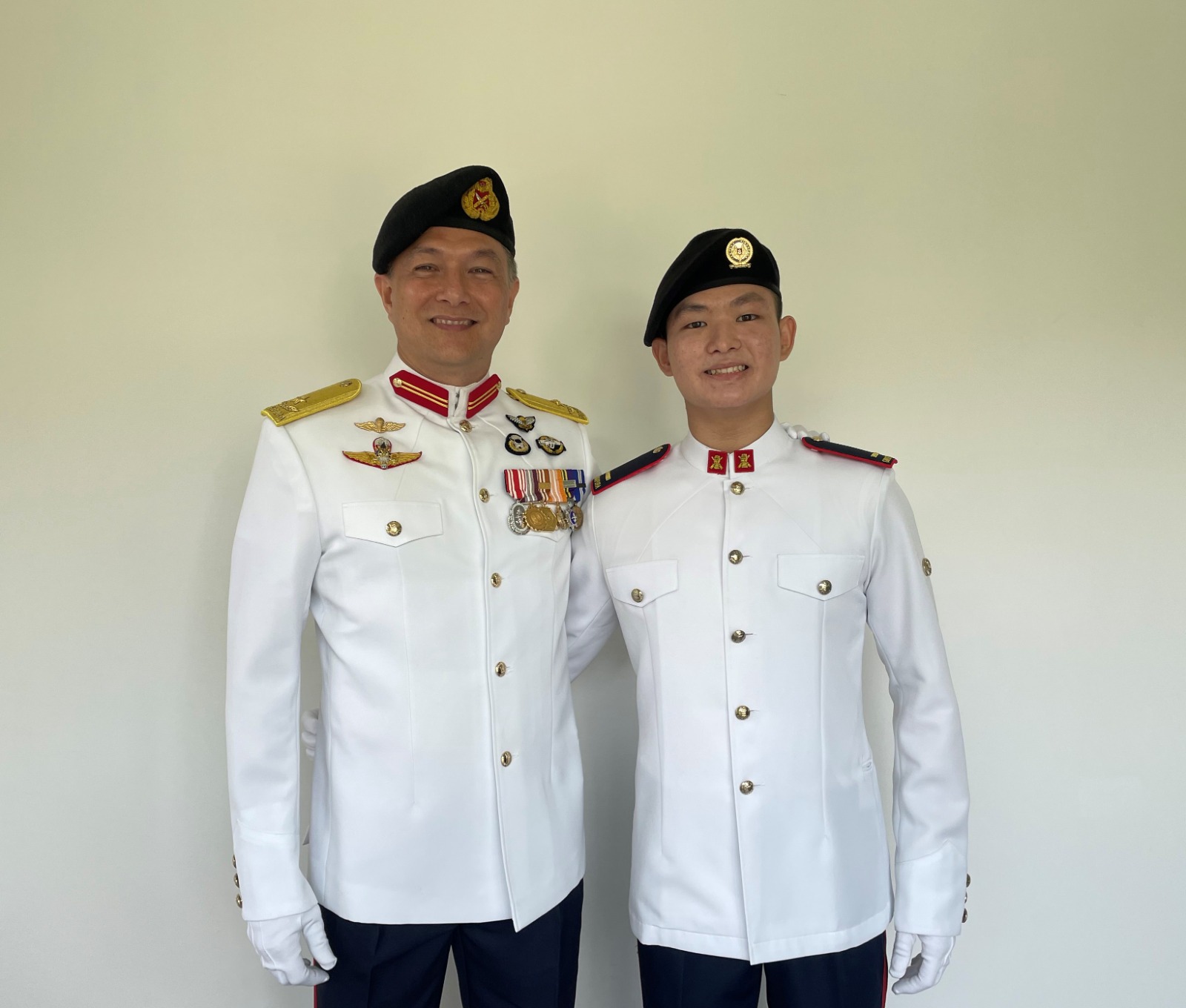 BACK
What did the Fox say?
Our People and Lifestyle

What makes a true man? That question is usually quite subjective, but to Second Lieutenant (2LT) Edward Fox, 3 qualities come to mind.

“Patience. Having the patience to deal with people and their problems. Strength. To keep on going whenever times are tough. To keep going, to never give up, knowing that everything will be worth it in the end. Dedication. To be dedicated to the things that you love, whether it be your family or your job, to always do your best in all of those things.” These are the characteristics that 2LT Fox would use to describe his father - Brigadier-General (BG) (NS) Alfred Fox, who was an Armour Officer.  Inspired by him, 2LT Edward decided to follow the path his father took, which led him to be a part of the 48th Battalion, Singapore Armoured Regiment (48 SAR), as both a soldier and a leader. From a very young age, BG (NS) Alfred would always bring his son to all sorts of Army events, be it public ones such as Army Open Houses or internal events such as the Armour Road Relay (ARR). BG (NS) Alfred talks about the time he was training for ARR, “and Edward tried join in and he said ‘if the Army is trying to make me run this fast I don’t want to join the Army!’” Nevertheless, 2LT Edward was inspired by the number of people his dad has touched and followed his bootsteps to became a part of the Armour Family! As a little boy, 2LT Edward always like taking pictures with the tanks!

“Since young, I have been to many of the Army events that he had been part of, especially when he was on the Leopard Tank. As a young boy, it is very awe-inspiring. So I was, as a young boy, looking to share the same experiences that he has had in the Army, and of course Armour,” said 2LT Edward. Now all grown up, no longer is he taking pictures with tanks, he operates them instead!

After 2LT Edward commissioned as an officer of the Singapore Armed Forces, BG (NS) Alfred had this to say. “I am very proud to see him choose this path, and join the Armour Family. This is what defines him as a man, and he has learnt much in his time in the Army. He now lives by a clear set of values, works hard for what he wants, and has that sense of pride and duty in committing to our country’s defence.” Donning their black beret, the father-son pair are now part of another (Armour) Family!

Besides the regular Army talks that often take place between them, both father and son enjoy exercising together. This helps them to motivate each other to keep fit and healthy, while also strengthening their bonds as father and son. “We used to play a lot of computer games together, but we started cycling, running and watching a lot of football together. We also spend a lot of time talking about life and anything in general, which helps strengthen our relationship even more,” said both BG (NS) Alfred and 2LT Edward. Participating in physical activities have always been on the list for the two Foxes!

As a form of gratitude, 2LT Edward wanted to thank his father for all the advice he had given. Those advices were not only helpful in overcoming 2LT Edward’s personal challenges while growing up, but it also helped shaped him to be the man he is today.

“I think the most valuable piece of advice he has given me is ‘The result I achieve doesn’t matter, it’s how I am as a person and who I am as a person that matters the most.’ This advice had not only helped me during my schooling days, but it also had helped me now in my military. I know no matter what I go through, no matter how I perform, my family will always be behind me and supporting me,” said 2LT Edward. This Father’s Day, 2LT Edward thanks his dad “for always being there for the family and me. Even when you are tired, you were still there to always take care and support us in anything that we do. So I want to say thank you for always being there. I couldn’t do anything without you. Thanks, Pa!”

Our Army would like to wish all fathers a Happy Father’s Day! 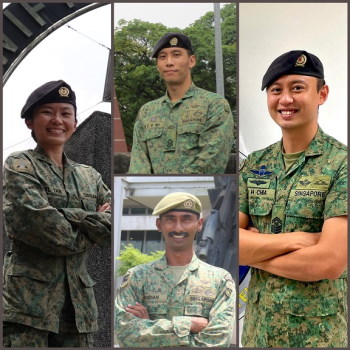