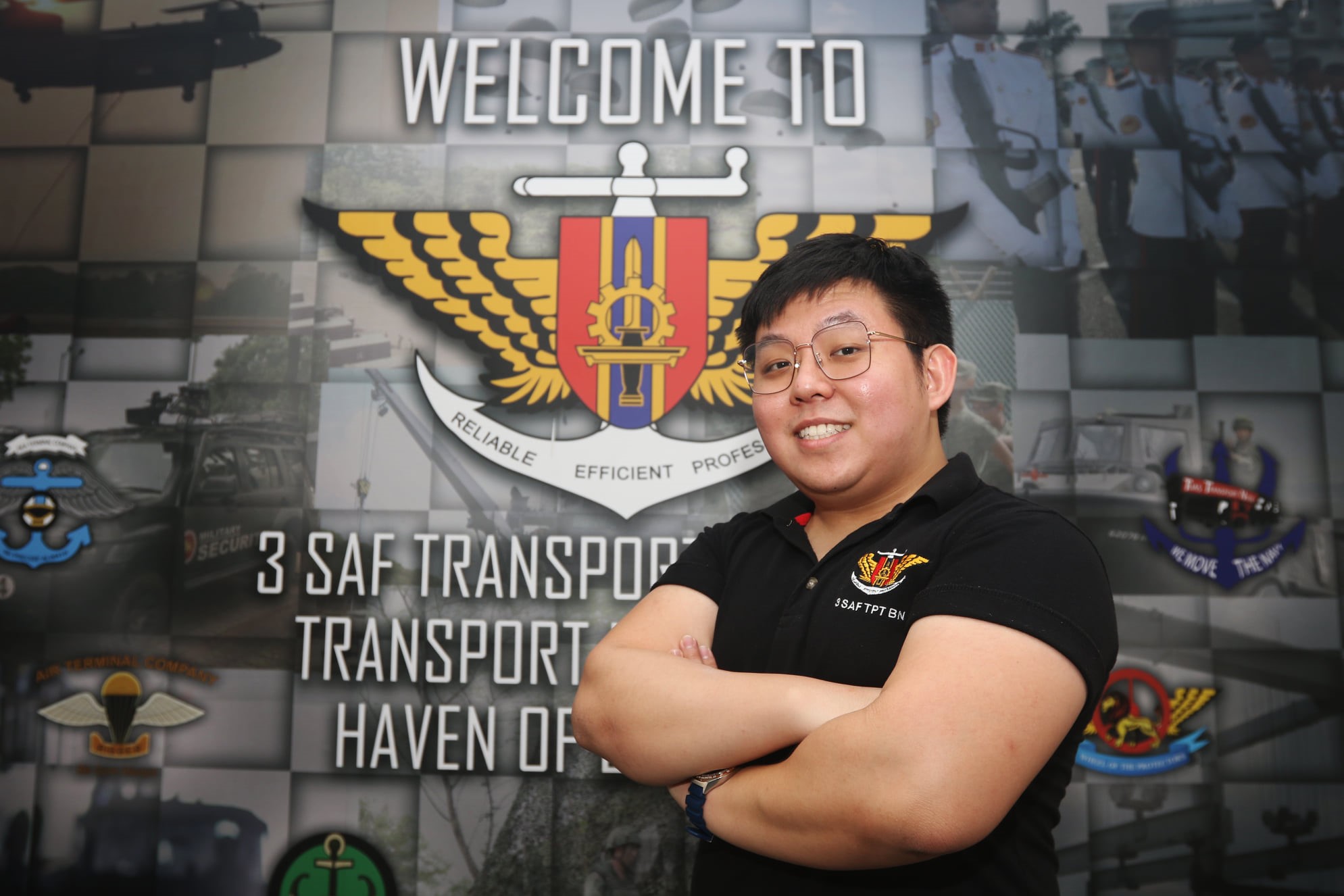 BACK
Staying Tenacious – PTE Malcolm Sim
Our People and Lifestyle

Once on the road to becoming a specialist at Specialist Cadet School (SCS), PTE Malcolm Sim's journey came to a sudden halt when he suffered an injury to his ankle, causing him to drop out of course. PTE Sim was then posted to 3rd SAF Transport Battalion/ Transport Hub (Central), where he currently serves as a Service Supply Assistant.

"After I dropped out of course at SCS, I have been serving as a Service Supply Assistant. Though this was not how I envisioned myself to spend my National Service (NS) when I first enlisted, it has been a tremendously enriching experience thus far. I have broadened my skillsets and deepened my knowledge in various facets." In his current unit, PTE Sim is in-charge of developing several digital applications to enhance the efficiency of various activities such as Individual Physical Proficiency Test (IPPT) conducts and the Unit Induction Programme (UIP). Capitalising on the knowledge that he has, PTE Sim has successfully led his team to develop various applications. However, he shares how this is not a lone effort. 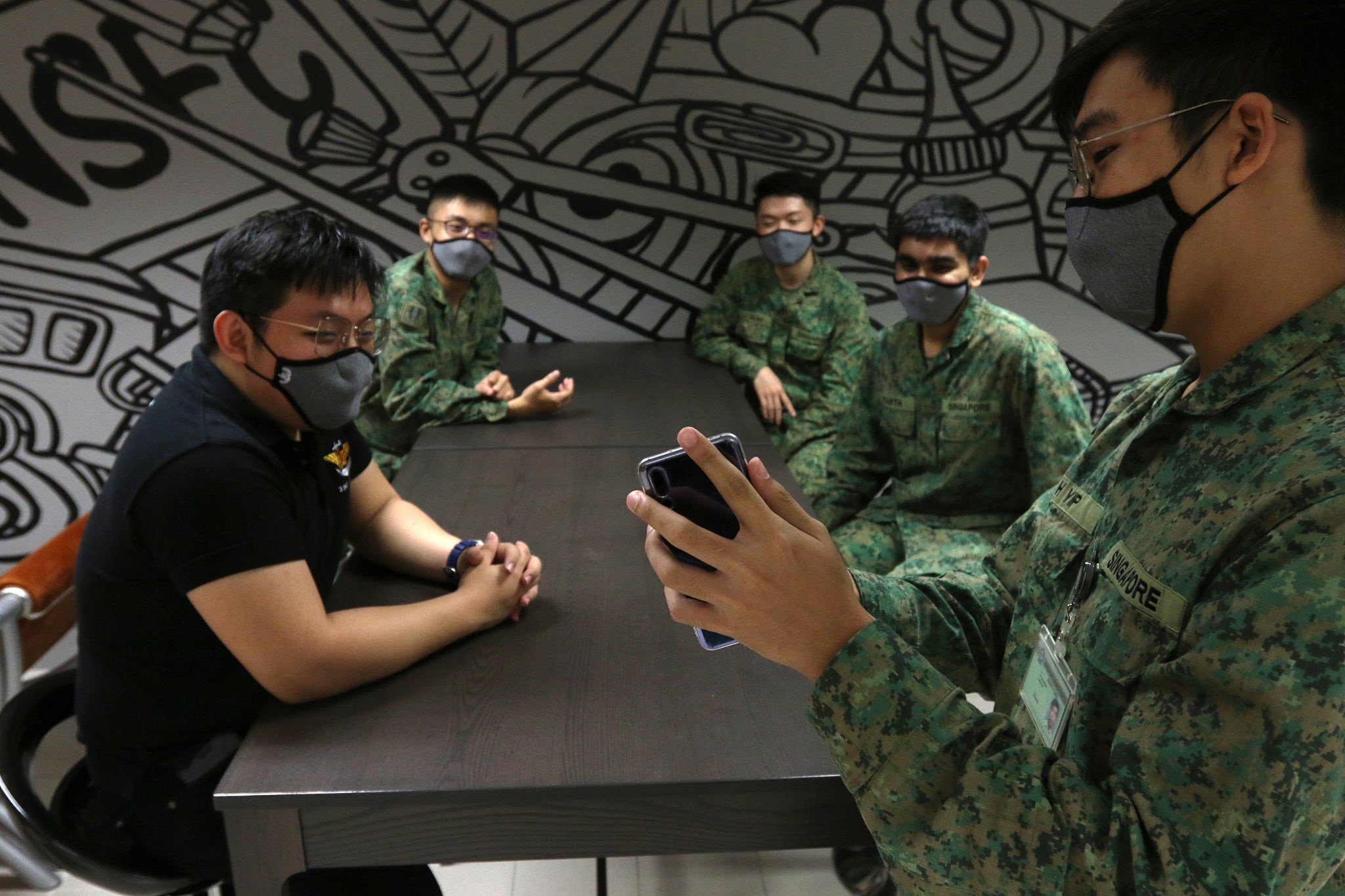 PTE Sim (bottom left) and his team having a discussion on how to further improve the IPPT application.

"I would like to show my appreciation for several commanders who took the effort to make me feel welcomed and had inspired me in my endeavours. Also, having friends to go through the ups and downs has been a comfort, and I would like to extend my gratitude to them."

After experiencing the physically-demanding training as a combatant and the mentally-taxing work as a non-combatant, PTE Sim realised that the both roles are distinct, yet equally important, in the defence of Singapore. PTE Malcolm Sim (bottom right) with his teammates who helped him in developing the applications.

"Though the work of non-combatants is often less gruelling physically, our work is no less important and we have to work together with combatants to ensure that mission is completed and work gets done." Sisters In Green
Our People and Lifestyle 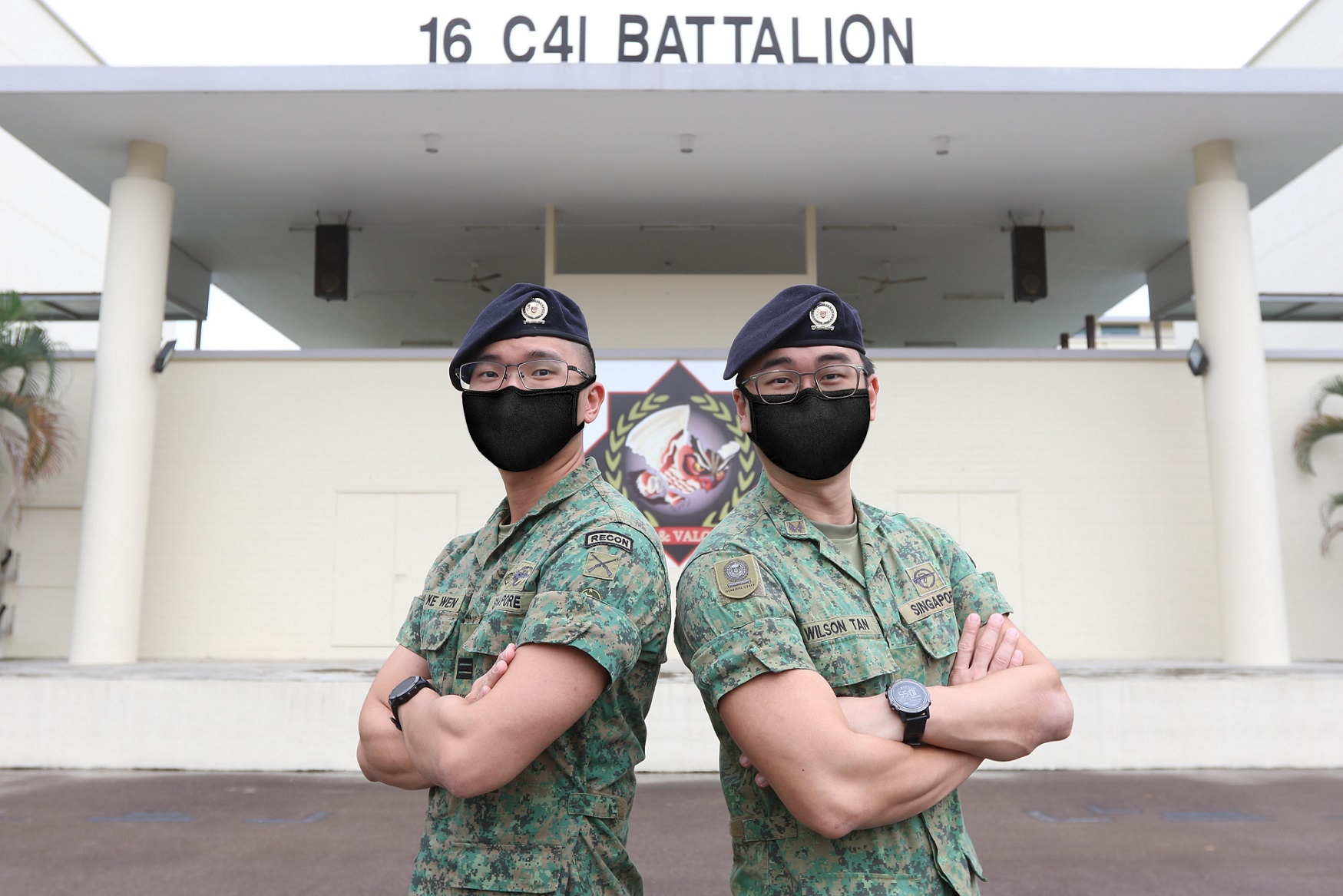 Brothers-In-Arms In Our Army
Our People and Lifestyle